How I made over £700 from reclaiming bank charges!

Last year, as I was making my way through the MoneyAware archives, I stumbled upon an article about our colleague Rob and his experience reclaiming bank charges totalling nearly £1000.

As you can imagine, I was intrigued by Rob’s story, but also skeptical. After all, you don’t often get something for nothing, right? It turns out that the process was a lot easier than I thought.

(Please note: the MoneyAware team can’t guarantee the successful outcome of any claim made for refunded bank charges. As with all tips and anecdotal information on our blog, please remember – results may vary!)

Rob approached his bank as he was interested in an overdraft at the time and was offered a packaged account which included travel and phone insurance among other features.

Having little knowledge of banking or credit at the time, Rob opened the account but ultimately was unable to reap the rewards of the additional features he was sold.

He was also unaware that he could have taken out a basic bank account without the additional features.

As I read on, I started to draw parallels between Rob’s situation and my own and began thinking about how I was sold my packaged bank account.

Back in 2015, I wasn’t as money-savvy as I am now. Fresh out of uni, and making my way in a new city on my own, I approached my bank for help paying my student overdraft back.

My overdraft limit was £2,000, so it was impossible for me to clear in one go. Being permanently in the red felt like I was failing at being an adult every month.

I approached my bank, hoping they could help me reduce the overdraft at an affordable rate every month. Instead, they offered me a loan to clear the full amount which they wouldn’t pay to me.

When the loan was approved the overdraft would be cancelled at the same time (no chance of me skipping off to a foreign land to avoid my debt, then!).

While I was at the bank, they asked if I’d like to keep a small overdraft for emergencies. I could have £250, interest/charge free. However, I’d have to pay a monthly fee.

I could also get travel insurance for my family (except I had no significant other or children), mobile phone insurance, breakdown cover and access to discounted passes that even now, I can’t recall what they are.

At the time, these were extra expenses I couldn’t justify paying. So getting them all in one payment felt like a good deal. Also, as I had no savings or an emergency fund, the £250 could come in handy. 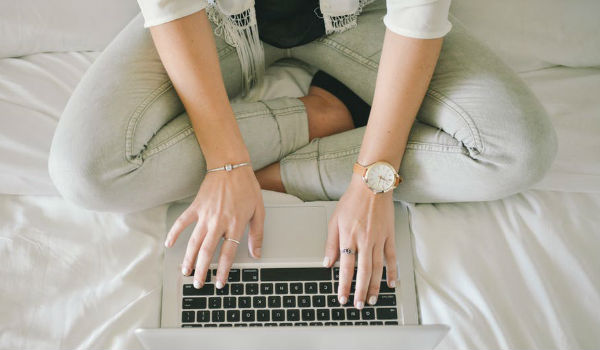 I feel sad for financially naive Past Jenn, sometimes. In truth, I was worried about turning down the offer from the bank in case they withdrew the loan at the same time, which is what I really needed. So, unsure how to say, ‘no thank you’ at the up-sell, I went ahead with the account.

Over the next few years, I couldn’t afford to have a holiday so the travel insurance was useless. As for the family cover it offered, this was for my non-existent partner and kids.

I did use the phone insurance however, based on the total account fees I had paid up to that point and the excess to make a claim, I could have saved a lot of money on a separate policy. The same could be said for the breakdown cover.

Three years later, my account fee had almost doubled, while the benefits remained the same. I decided to switch banks, save some money and also make some money at the same time thanks to a referral from my sister.

I left my bank in August 2018. In December, thanks to Rob’s story I decided to make a complaint to my bank about the account I was sold with the help of moneysavingexpert.com.

I filled in their complaint form, following the simple prompts provided. I explained how I’d been sold an additional product while in need of financial help and I wasn’t told that I could have had a free alternative.

The whole process took around 5 minutes to complete. That same day I received a reply from my bank, confirming they’d received my complaint, would investigate the matter and may want to contact me for further information.

The form also offers support on what to do if the bank rejects your claim, or if you want to make a further complaint and take your case to the financial ombudsman service.

Fast forward to January 2019 and I had forgotten all about the claim having heard nothing from my bank. That was, until the following Saturday when I returned home from a trip to the shops. I curled up on my sofa and started opening the post that had come through the letterbox.

At the top of the pile was a response from my bank. After a full investigation, they agreed that I was mis-sold the bank account. While rejecting a product wouldn’t affect my chances of being accepted for the loan, they could appreciate how I might have come to this conclusion at the time.

As such, they were refunding all charges for the account from the date is was opened (2015) to when it was closed (2018), as well as additional interest as compensation for their error.

Imagine my delight at finding a cheque for £730 alongside the response from my bank.

What I’ve learnt from claiming back my bank charges

While I have taken out another package account, this was to claim a referral reward (my sister and I both got £100).

I’ll soon be closing this account and buying my breakdown cover and phone insurance separately, and my travel insurance as and when it’s required which will work out cheaper than paying a monthly account fee.

I use Monzo now (which has helped massively with my budgeting and savings pots) so I’m okay with not having an overdraft facility. Thanks to MoneyAware, I’m confident about shopping for the best deals out there.

At the beginning of this article, I said there’s no such thing as free money and I still stand by this statement. Obviously, I have paid this money out over the course of three years which makes up the majority of what I claimed.

The compensation awarded on top of that is relatively small compared to what I originally laid out. But still, it’s better to have the money in my pocket than the bank’s!

Have you been mis-sold a packaged or premium bank account? Have you had any success in reclaiming the costs? Let us know about your experience in the comments section, whether or not you had a successful outcome.

You’ve probably heard about the mis-selling of payment protection insurance (PPI) and...

What help can I get towards my childcare costs?

﻿The big events in life keep getting more and more expensive. Owning...

Let It Snow! How to have free fun in the snow

Instead of cringing at the thought of snowpocalypse why not embrace it,...