What’s happening in the world of debt and money news? We’ve got a round-up of the most important stories this month… 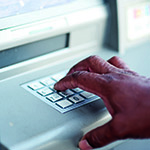 Lloyds Banking Group have announced they’re going to get rid of all unauthorised overdraft fees and replace them with a simplified charging structure.

We’ve been campaigning for changes to overdraft charges for a long time. Last year we wrote about how overdrafts can be more expensive than payday loans. If you’ve gone over your overdraft it’s a danger sign that you might need debt help. 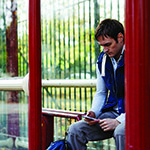 SCAM ALERT: Don’t get caught out by fake phone numbers

Scammers are manipulating search engine results pages to trick people into calling premium-rate numbers. Be careful before calling numbers starting 084 if it’s listed on a search engine. Clicking through to the company’s official website is a good way to make sure you’ve got the right number.

None of our numbers start 084, so if you see one on Google then it’s likely to be a scam. You can find a list of useful numbers for StepChange Debt Charity on our website. 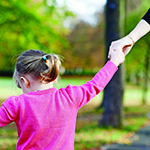 We’re calling for action on savings

This month we worked with the Pensions Policy Institute to publish new analysis into how the automatic enrollment pensions system could be adapted to help people build rainy day savings.

Our Policy team have given a lot of thought to how to help people save, so they’ve got a better chance of avoiding debt when the unexpected happens. You can find out more by reading our report, “Becoming a nation of savers”. 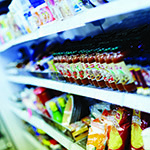 The BBC discovered the different types of people that use food banks when they can’t afford to feed themselves. The research revealed that even a small change in finances can leave many people unable to cover their most basic needs.

If you ever find yourself in a desperate situation we’ve got advice on our website about what to do if you don’t have any money or food, including details of how to be referred to a food bank. 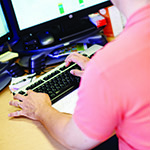 The Resolution Foundation produced a report that revealed that typical hourly pay for under-40s has reduced by at least 10% since 2008. Workers in their 50s and 60s have suffered smaller average pay cuts, but still aren’t back to their 2008 levels.

Getting a new job can be a way to increase your income; if you’re not sure where to start we’ve got some tips on how to land yourself a fantastic job.

Been affected by any of the issues in these stories? Need more help and support? Tweet our team @MoneyAware or get free and impartial online debt advice.

Posted by James in Debt news

Our latest research: You’re not alone in debt

As well as providing debt advice, we regularly produce research into personal...

DIY on a budget: 1. Brighten up your kitchen

I’ve scoured the web for straightforward, thrifty DIY solutions to brighten up...

How to improve your credit rating after a DMP

If you’re approaching the finish line of your debt management plan (DMP)...