How much is your overdraft costing you?

We’ve carried out research that shows that overdraft charges are adding to the debt worries of our clients and the costs of having an overdraft might be higher than you’d expect. We believe that the FCA should take action to limit unarranged overdraft charges.

Many people are trapped in a monthly cycle of dipping in and out of the red regularly using their overdraft to meet essential costs. We found in a recent survey of callers to our debt helpline that clients with an overdraft facility were used their overdraft in 11 out of the last 12 months.

We think that unarranged overdraft charges are too high and they disproportionately affect those that are least able to pay. The cost for exceeding their overdraft limit averaged £45 when all the charges were added up. It doesn’t usually stop at one set of charges though, and people typically went over their limit in five months of the previous year.

By doing some quick maths you can see that people contacting us for debt advice are paying an average of £225 a year in bank charges for exceeding their overdraft limit. 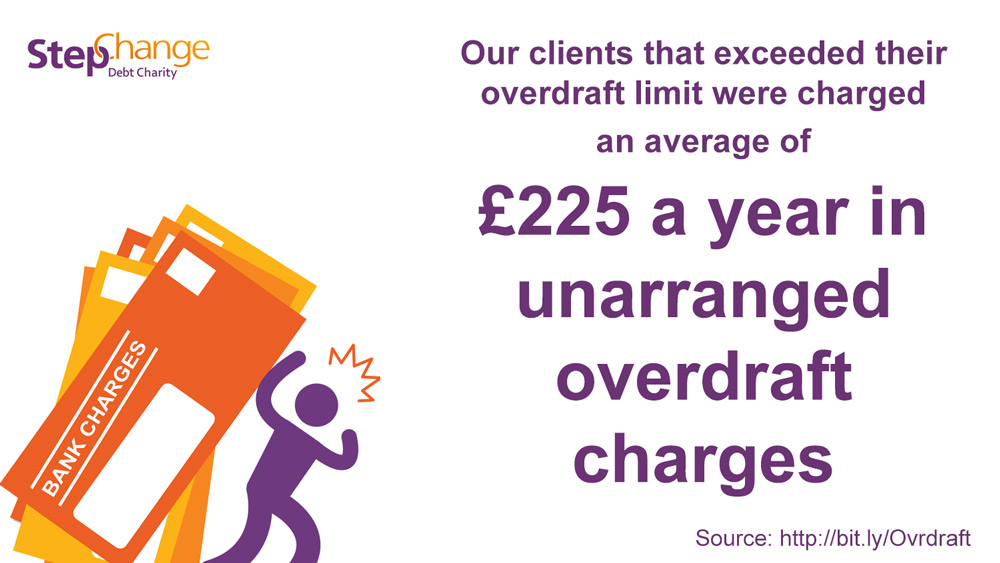 Our research shows that overdrafts can add extra pressure to those struggling with debt. The ability to spend more than you have can seem useful at first, but it can quickly get out of control.

Here’s a typical lifecycle of an overdraft problem:

How to deal with overdraft debt

Overdrafts can be difficult to deal with, and once you’ve reached your overdraft limit it can be very hard to pay it back. If you’re finding that you’re stuck in an overdraft it may be worth following these steps in an effort to repay it:

If you have overdraft debts that you’re struggling to deal with then you should contact us for free and impartial debt advice.

Posted by James in Living with debt

The truth about not paying your debts

Our ethos as a charity is to help the ‘can’t pays’ rather...

The Financial Conduct Authority believe that at least 15 firms are offering...

Getting away with debt

Unsurprisingly some of our most popular blogposts dispel the myths about easy...