February’s been a busy month in the world of debt and money news, and the Government’s been particularly vocal over the past few weeks.

They’ve named and shamed companies that don’t pay their employees the minimum wage, and have been encouraging married couples to sign up for the marriage tax allowance. Could you be eligible?

Also this month, our research showed that a fifth of people experiencing financial difficulties were unable to afford food after making repayments to their debts. That’s why we’ve joined with Martin Lewis from MoneySavingExpert.com to call for ‘breathing space’ for people who seek advice for their debt problems. What does it all mean? Let’s find out… 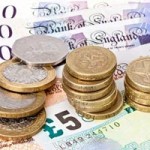 Is your employer paying the minimum wage?

The Government has named and shamed over 90 employers in the UK who failed to pay the national minimum wage to their staff. The Mirror published a full list of those shirking their obligation to pay up, which amounted to employees losing out on a total of £1.8m.

The Government’s Pay and Work Rights Helpline offers free and confidential advice and your trade union can provide more guidance if you’re a member of one.

Where’s the most affordable place to rent in the England? 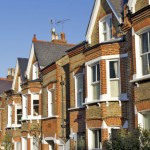 Leicestershire is the most affordable place to rent

A new study from the Valuation Office Agency, published in The Mirror, has revealed the most and least affordable places to live in England.

Leicestershire topped the affordability charts, where a one-bedroom flat costs just over 23% of the average post-tax wage. Cumbria, Nottinghamshire, Derbyshire and Merseyside make up the top 5 most affordable counties to rent in England.

Perhaps unsurprisingly, inner London came out as the most unaffordable place to rent, with people spending two-thirds of their wage to rent a one-bedroom flat. This is followed by outer London, Surrey, Oxfordshire and Hertfordshire.

Payday loan refunds still to be handed back 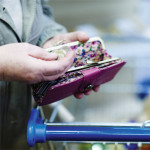 Are you expecting a refund?

Last year we told you that Dollar Financial UK, which owns The Money Shop among others, was giving refunds to customers following  a number of regulatory errors.

If you’re due a refund but haven’t received it yet you’re not alone. The BBC reported this month that only 25% of the refunds have actually been paid back. Those eligible are expected to receive their refund by the end of June.

Scammer pretends to be Martin Lewis 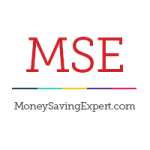 MSE will never cold call you or send a courier

MoneySavingExpert.com recently reported that a number people have been targeted by a telephone scam where a fraudster pretended to be the main man, Martin Lewis. The scam involved what’s known as ‘courier fraud’, tricking people into handing over bank cards, PIN numbers and cash to a courier who then arrives at their home.

MSE will never cold call you to ask for your financial details, or arrange a courier to be sent to your home. If you’re contacted by a company or a website that looks to be imitating Martin Lewis or MSE, email imposters@moneysavingexpert.com to let them know. 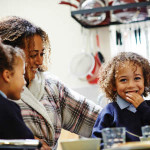 The cost of raising children has increased

Raising a child to the age of 21 will set you back £230,000 on average, according to research published in the Guardian. And that’s if your kid goes to state school! Anyone thinking of sending their little one off to boarding school would also be waving goodbye to just under half a million pounds by their child’s 21st birthday.

60% of parents now say they’re struggling to cope, and getting family members such as grandparents to help out is becoming increasingly difficult as well. If you’re struggling with the cost of having a family, get in touch with us for free and impartial debt advice.

Are you missing out on marriage tax allowance? 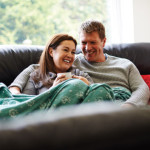 If you’re married or in a civil partnership and one of you is earning £10,600 or less, take a look to see if you can apply. More information about the scheme and the eligibility criteria can be found on the Government’s website.

We call for ‘breathing space’ for people in debt 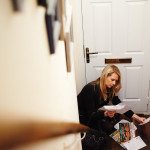 We call for ‘breathing space’ with Martin Lewis

You might have seen us in the news with Martin Lewis recently, calling for ‘breathing space’ for people facing a debt crisis. The call came after our research showed 20% of people experiencing financial difficulties were unable to afford food after making repayments to their debt.

At the moment, lenders don’t have a consistent approach to the way they treat people in debt. People might find some of their creditors will freeze interest and charges, or accept an affordable repayment plan, but other creditors won’t.

If someone seeks advice for their debt problem, we want to see creditors giving them six-months to a year of ‘breathing space’, where the debt balance is frozen and no enforcement action is taken.

Our chief executive, Mike O’Connor, said: “When people are struggling with debt get advice, take action to deal with the problem and do their best to repay their debts, they deserve help and support which allows them and their families to get back on their feet.” 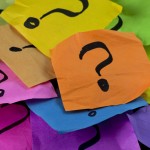 Joaquin didn’t turn up to work for six years…

A court in Spain this month fined a 69-year-old Spanish civil servant the equivalent of £21,000, a year’s annual salary, for not showing up his job at the water board. But this wasn’t just for pulling the odd sickie.

It was only when Joaquin Garcia was due to get a 20 years’ service award that anyone realised he’d not actually been in his office or done any work for at least the past six years!

Posted by Laura in Debt news

Before you make a New Year beeline for the gym, why not...

I used Skint Dad’s penny-saving challenge to pay £700 off my credit...

Keeping fit on a budget

When you’re watching your spending, the last thing on your mind can...