“If I didn’t pay then the bailiffs would be sent”: Faye and Nick’s story

Contrary to popular belief, most people don’t get into debt because they overspend or live beyond their means.

According to our recently released Statistics Yearbook 2014, the biggest cause of problem debt among our clients is unemployment. Just under a quarter of clients tell us it as the main reason for their debt, with a further 12.8% saying they got into debt after experiencing a drop in income.

These income shocks could happen to anyone. In May 2014, it happened to Nick and Faye* from Birmingham.

Nick worked as an industrial electrician, and when he was made redundant he struggled to find work. The couple and their two children had to live on Faye’s wage alone and, like two in five of the people who contacted us during 2014, they soon fell behind on their priority bills. 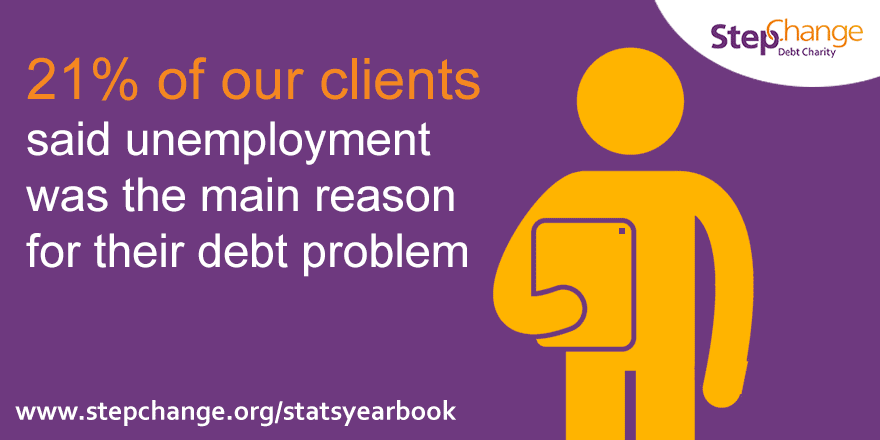 “We didn’t realise at first that council tax was a priority payment – I thought the arrears would be added to next year’s payment but they weren’t. We owed about £500 and had to make payments of about £45 per month plus our new bill which was £85 per month. We couldn’t afford to pay both”, said Faye.

“It wasn’t explained to me properly – all I really understood was that if I didn’t pay then bailiffs would be sent and I’d have to pay even more. I was so worried about the bailiffs coming.”

“Going to our bank for help made us feel awkward, embarrassed and under pressure to make repayments we just couldn’t afford”, Faye told us.

After their situation spiralled, Faye and Nick got in touch with us for debt advice, and a debt management plan (DMP) was recommended as the best option for their situation. The DMP is a sustainable arrangement between Faye and Nick and their creditors, and allows them to put their money towards covering their priority bills first, including their council tax arrears.

If you know someone who’s struggling with money, let them know that we’re here to help. Point them in the direction of our 7 Days, 7 Ways email programme, and we’ll send them an email each day for a week, helping them take steps to take control of their debts.

*Names have been changed

Posted by StepChange MoneyAware in Living with debt

Beauty essentials on a budget

It’s easily done; you go to the chemist because your mascara has...

A Christmas banquet on the cheap

The earlier you start to plan your Christmas Day blowout, the better....

Joint loans for couples – now we’ve split up, who has to pay?

It’s safe to assume, most of us have experienced a breakup. Granted...