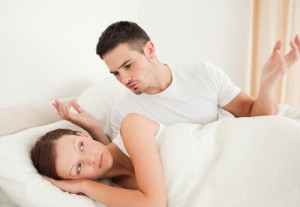 Waking up to the facts about the “bedroom tax”

It seems that changes to benefits brings about a whole new batch of myths, but few have sparked more untruths than the under occupancy charge, commonly known as the “bedroom tax”.

The problem with myths is that they’re interpreted as fact, and that’s where the problems start. With this in mind, let’s take a selection of the rumours we heard recently, and set the record straight…

Myth 1: “Bedroom tax is one more bill I’ll have to pay”

Not technically. See, bedroom tax isn’t really a tax at all. It’s a reduction in the Housing Benefit you’re currently getting.

When the charge was first mentioned in Parliament no one really knew what to call it, so the term “bedroom tax” was used as a temporary name by the press. The rest, as they say, is history.

You don’t literally have to pay an additional bill, but you do have to take into account the reduction in income or benefit you’ll be receiving. We can help you build a budget that will accommodate your reduction in Housing Benefit.

Myth 2: “Bedroom tax doesn’t apply if there’s a child in each spare room”

Myth 3: “The amount of benefit you lose can vary”

Not so. According to the BBC, if tenants are deemed to have one spare room, the amount of rent eligible for housing benefit will be cut by 14%. If they have two or more spare rooms, the cut will be 25%. It’s still not an ideal prospect, but fairly easy to understand.

Myth 4: “A small bedroom means no cut in housing benefit”

There’s been a flurry of rumours on social media that if your room measurements are less than 70 square feet, then you’re exempt from a reduction in Housing Benefit.

As of yet, the Government has set no clear guidelines on what dimensions would make a room exempt. It’s up to the landlord to accurately describe the property in line with the actual rent charged.

Myth 5: “No one is exempt from bedroom tax”

Luckily, this isn’t the case. The Evening Standard recently reported that families with disabled children and members in the armed forces will not have to pay the charge.

There’s also good news for foster families: Up to 5,000 foster parents will be allowed to keep a spare room without losing a portion of housing benefit.

Myth 6: “If you’re stuck in a property that’s too big for you, then it’s your own fault”

This is probably the saddest myth we’ve heard in regards to the charge. There are many people who wrongly believe that a person affected by this only has themselves to blame for being too “greedy” or “lazy” to seek out a smaller dwelling.

The Guardian recently reported that while 180,000 families are under-occupying their current homes, there’s only 70,000 one bedroom properties available for renting. This figure doesn’t include people who may be looking for one bedroom properties anyway, such as young people ‘flying the family nest’ and couples moving in together.

Myth 7: “If you’re struggling with bedroom tax, the council can cover the difference”

When people say this, they’re usually referring to something called a Discretionary Housing Payment (DHP). A person can apply for this if they get housing benefit or council tax benefit, but are having difficulty paying the rest of your rent themselves.

Some people mistakenly believe however that everyone is entitled to a DHP. This is unfortunately not the case. As Shelter have mentioned on their website, each council has been given a pot of money to help vulnerable people who may be struggling with the new charge. Once the money for the year runs out, no more can be paid. Therefore, the council must consider each application carefully and see if this is the only option available.

So what can I do?

Are you struggling with debt after the changes? Use our anonymous advice tool Debt Remedy.

A big thank you to Alison and Sheree in our Welfare Benefits office for all their help!

Posted by Rachel in Debt news

DIY on a budget: 1. Brighten up your kitchen

I’ve scoured the web for straightforward, thrifty DIY solutions to brighten up...

How to stay motivated while getting out of debt

Whether you’re taking the very first steps to repay your debt or...

5 ways your credit report could help you deal with debt

One place to start dealing with debt – to prevent it and...