Universal Credit – what is it? The new benefits system explained 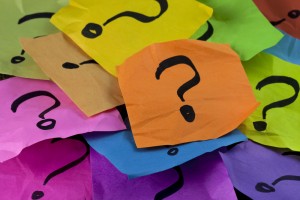 What is universal credit?

There have been lots of changes to the UK benefits system during the last few years.

The biggest change has been the gradual introduction of Universal Credit.

What is Universal Credit?

Universal Credit is the name for a new benefit is being introduced for people of working age, whether they’re in or out of work. It has been designed to replace six existing benefits, directly affecting eight million households across the UK.

What benefits does it replace?

Why is the government introducing Universal Credit?

There are two main reasons for introducing Universal Credit; firstly to simplify the benefits system, and secondly to improve the incentive to work.

When did Universal Credit start?

A small pilot began in April in Greater Manchester. This tested the system with local authorities, employers and claimants in the real world to see if it all worked. It was then more widely introduced from that October.

Universal Credit is still being rolled out and .

How often is Universal Credit paid?

Currently benefits are paid weekly, fortnightly or four-weekly. Universal Credit combines all the benefits it replaces into one payment, paid calendar monthly. Payments are made directly to bank, building society or credit union accounts. If you don’t have one of these

The change to monthly payments is designed to encourage people to manage their money.  It is also more similar to the way wages are paid. This includes paying housing payments to the claimant, for them to then pay to their landlords.

What are the Universal Credit payment dates?

It takes around five weeks from applying to be paid, although recent problems with the system have meant this has been even longer. To work out when you’ll get paid:

For example, if you submitted your claim on 1st June, your first payment would be on the 7th July. Then on the 7th of each month.

How will my entitlement be calculated?

Entitlement to Universal Credit is calculated on an on-going monthly basis, using real-time information that the government will collect through the tax system. This should reduce the number of over-payments and also remove the need to report earnings, as they’ll already have your details.

To make this system work the Government’s customs and tax department (HMRC) have introduced a new system called Real Time Information (RTI). This is a large system designed to capture income details.

Read our guide to claiming benefits to make sure you’re not missing out on what you’re entitled to.

Are pensioners going to be included in the Universal Credit system?

Universal Credit only applies to working age households. People who are older than the qualifying age for Pension Credit (find out your qualifying age) will receive that instead.

Should I claim now or wait until Universal Credit comes in?

If you think you might be entitled to benefits that you don’t currently receive then we’d recommend putting in a claim now. Every year £10 billion of benefits and tax credits go unclaimed. You can check your entitlement now by using our online benefits checker.

I need help with my Universal Credit, who do I get in touch with?

If have any issues with applying, getting payments or challenging decisions, contact the Universal Credit helpline.

Find out more online at https://www.gov.uk/universal-credit

Posted by James in Debt news

Eating healthy food has obvious benefits, such as of keeping cholesterol low...

My debt management company’s closed down – what can I do?

Several debt management firms have closed due to restrictions from the FCA...

Why work for StepChange Debt Charity?

We're the UK's leading debt charity and we're continuing to grow. If...