Facing up to my debts 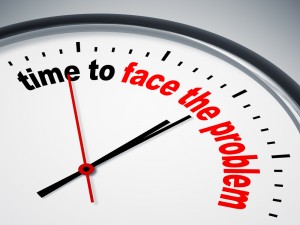 It’s better to seek help sooner rather than later

Cheryl is one of our clients that we helped through the forums on moneysavingexpert.com and Debt Remedy. She tells us her story of how she found herself in debt and her journey to starting her DMP with us.

If only my debt came from reckless spending sprees or exotic holidays in the Caribbean – at least I’d have something to show for it! No, it was a series of events out of my control…a car accident, followed by a miracle baby, severe damage to my spine and a loss of income by 70%. I just couldn’t cope, ten years of debt felt like a mill stone around my neck.

Then, around two years ago I thought the answer to all my problems dropped on my doormat. The bank had sent me a letter offering me a pre-approved loan, no questions asked!

Great, I thought – I can use this money to reduce some of the debt. So instead of clearing the cards with the highest interest rates I decided to pay a bit off each of them. But this was the start of yet another vicious circle as not only did I have the same number of credit card repayments I also had to pay the loan each month.

I just couldn’t afford it all

I found myself making the minimum payments then having to use the cards to live – and like you’ve probably gathered I wasn’t living an extravagant lifestyle, I’m just talking about everyday costs such as food and travel.

I carried on like this until I came across StepChange Debt Charity last year. I did their Debt Remedy and the difference in payments looked great. But I still thought I could manage so I rang each creditor with the payment plan in mind however I wasn’t prepared for what they would say.

I tried to carry on regardless.

Each payment was never enough, they always wanted more and everyone told me they were more important than the other so I ended up paying twice the amount I could realistically afford.

I ended up using the 2 cards that were on low interest just to survive and after these were maxed out I started relying on family to borrow money. How had it got to this stage again?

I lost count of the number of times I had to say no to friends to go out for a meal or a drink. All I could afford was £1 movies for juniors on a Saturday (with my daughter). I literally had £10 per month to spend for everything; it just didn’t add up, I was treading water all the time.

I managed to struggle on and loyally made the payments for a year. Little did I know that this could go against me –I’d been so good at sticking to the arrangements that they started to increase the payments. One after the other, each creditor upped the amounts they were asking for. I was paying one creditor £40 a month and all of a sudden they were demanding £160!

I realised again that I just couldn’t cope. I was dreading where I was going to find the money for a pair of shoes for my daughter to go back to school in.

So I used Debt Remedy once again. I deliberated for 2 weeks, embarrassed, ashamed – why me? I felt like such a fool, someone at my age shouldn’t be in this mess.

I owe £22K in total and I was offered a debt management plan (DMP). Somehow I plucked up the courage to go for it and now I’m so glad I did.

I’ve now sent all my paperwork to StepChange Debt Charity and the plan is set up. I’ve sent letters to all my creditors but I haven’t heard anything yet; time will tell.

Now I can look to the future

My first payment will be on the 1st of October, and strange as it sounds I can’t wait! Finally I can afford to pay my bills and have money to live on – no more robbing Peter to pay Paul.

It might sound daft, but it hit home the other night, when my daughter was going for a walk with my dad and the dog. I was able to give her £1 to treat herself to something from the shop, without worrying that it was part of a debt repayment. I felt like a million dollars and bless her heart, she spent 25p on a can of lemonade for me!

So I raised a silent toast to StepChange Debt Charity to say thank you for giving me my life back. Here’s to a debt-free future!

Posted by Cheryl in Living with debt

10 debt warning signs: does your friend has a debt problem?

Does your friend seem worried or secretive? Are they ignoring phone calls,...

5 ways your credit report could help you deal with debt

One place to start dealing with debt – to prevent it and...

How I made over £700 from reclaiming bank charges!

Have you had unfair bank charges or have you been mis-sold financial...