Cold-called by a High Court Enforcement Officer? It could be a scam!

We’ve all heard of scams from the news or current affairs programmes, and some of us have either been victims of scams or know someone who’s fallen afoul of them. It seems there’s always someone out there trying to take advantage of us.

We recently received reports from clients who’ve been contacted by a company claiming to be High Court Enforcement Officers (HCEOs) collecting a debt. If these kinds of calls aren’t alarming enough, we have reason to believe that they may be the actions of scammers.

The last thing we want to see is you being taken advantage of. While we can’t stop scammers or their dirty work, we can make you aware of some of the danger signs to look out for…

UPDATE October 2017: The rules around creditors sending court forms have changed. You should now receive a ‘letter of claim’ before any court action. Read more about the new Pre-Action Protocol for Debt Claims.

1. The caller refuses to tell you who they are 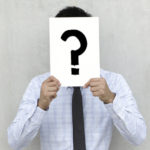 If someone demands money from you over the telephone yet refuses to tell you who they are, this is a pretty big giveaway that you’re talking to a scam artist.

Sometimes, for security, a company may ask you to confirm that you’re the person they’re looking for (e.g. ‘hello, Can I speak to John Smith, please?’). However, they wouldn’t launch into demands for payment without telling you who they were and they shouldn’t ask you for all of your personal details.

2. The caller’s unable to provide info on who the debt’s owed to 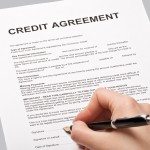 Often, a debt can be passed between several collection agencies before being referred to the High Court or County Court. That said, the collection agency must be able to tell you who you owed the original debt to and how much.

If they’re unable to do this but still demand money, this should be a cause for concern. If the caller is making you feel uneasy, or seems threatening in any way, end the call immediately. You won’t get into any trouble for this.

3. This call is the first you’ve heard about the debt 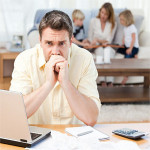 If you really had a CCJ or High Court writ, and high court bailiffs really were involved, you’d have had a series of letters explaining this. There would have been some distinctive court forms for you to fill in, then a letter from the court telling you what to pay, followed by a ‘notice of enforcement’ letter from the bailiff.

If you’ve not received any of these, it’s very unlikely you have a court judgment.

NEVER agree to make a payment over the telephone to someone claiming “to act on behalf of the County or the High Court”. Instead, ask them for the ‘claim number’ and the court location. If it’s a real judgment, they’ll have this information.

Then get in touch with the court – this will often be Northampton County Court, the court where most County Court judgments (CCJs) are processed. You can get the court’s phone number here.

If in doubt, do a Google search on the caller’s phone number. Quite often, other people who’ve been scammed by cold callers will post the number on forums such as Who Called Me. They’ll also post some notes about what happened on the call, such as if they were asked for money, or if the caller mentioned a company name.

Are there any other scams I should be aware of? 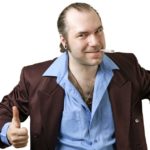 New ways of scamming people out of their money arise all the time. Here are just some of the awful scams we’ve learned about recently…

Last month, an elderly lady from Newquay was scammed out of £14,000 by a man who claimed to be from the internet provider TalkTalk (you can read the full story on the Telegraph website). After gaining the victim’s trust the scammer was able to convince her to hand her bank details over. This serves as an unsettling reminder of how amiable and charming scammers can often seem over the telephone.

There was also a recent report from the Belfast Telegraph about people receiving calls from scammers claiming to be from the Metropolitan Police. The scammer starts the call by saying he’s carrying out an investigation and needs to discuss the victim’s bank details. The scammer then asks the victim to make a money transfer or withdraw the money from the bank and pay it into a ‘safe account’ (yes, the irony’s not lost on us, either!)

A great way to keep up to date with the latest scams doing the rounds is to keep a regular tab on the Which? Scams hub.

Do you know someone who’s been ripped off? Have you dealt with an ugly scam and you’re still dealing with the consequences? Please let us know in the comments.

Please note: This blogpost was written to give general information. If you’re on an Individual Voluntary Arrangement (IVA), Most debts will be included in your IVA and you should not pay anyone outside of your arrangement. If you’re unsure about anything please give your supervisor a call.

When the bank takes your money

In my time as a debt advisor I received two calls in...

Keeping a few essential items in your cupboard can save serious money...

4 apps to make you money

Debt advisor Sean works at our Leeds office and is an expert...