Scam alert! Have you had an email notice to appear in court? 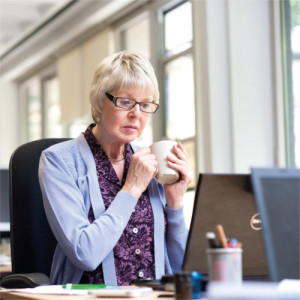 Have you received a worrying email?

Although there’s more technology to help us spot spam emails these days, unfortunately they continue to wreak havoc in people’s lives. As well as causing fear and playing with emotions, they wreck computers and drain bank accounts.

Luckily, this isn’t something clients tell us they experience often. But when they do, we want to make sure you’re aware too.

What should I keep an eye out for?

We recently had a call from a client about an email she’d been sent. The subject line was ‘Notice to appear in court’, and it looked legitimate. It had a reference number, told her when and where she was to appear in court, and even had a copy of the court notice attached.

The call was taken by debt advisor James. “It was the first time I’d spoken to her but I could tell she was scared. I could hear she was shaking because her rings were tapping against her phone as she talked. She told me she couldn’t sleep because she was so worried,” James told us. “I’d never heard of court notices being sent by email before. As it’s such an important document, email is too unreliable.”

James raised the issue with our social policy team, who found out that plenty of other people across the country had received similar emails. All of them were spam emails containing a virus.

The email asks the recipient to download the court notice which is attached to the email. The downloadable “.zip” file actually contains an “.exe” file with a virus which executes as soon as you click on it. While the recipient is reading the attachment, a virus is being installed on the computer in the background.

The recipient will then see fake anti-virus adverts pop up and will be encouraged to buy them, but this will download another virus. Criminals will then be able to use their computer to commit crimes, or steal their personal and financial information.

4 things you should do if you think it’s spam

As email isn’t a very secure way of getting in touch with people, it’s very unlikely you’ll ever receive a court notice out of the blue by email. The email isn’t likely to be connected to the Criminal Justice System in any way. If you think it could be spam, follow these four golden rules.

1. Don’t open it if you don’t recognise the sender. You’ll often be able to spot a spam email as it’ll be from a strange email address or the sender’s name will be unfamiliar. If you do open it, check for things like spelling mistakes and oddly worded sentences, including incorrect capitalisation and punctuation.

2. Don’t click on any links in the email! This includes any ‘unsubscribe’ link, as this is often another trick to get you to download a virus. If it’s a hyperlink, hover your mouse over the link to see where it’ll take you if you click it.

3. Don’t download the attachments. Just promise me you won’t!

Posted by Laura in Living with debt

What do you say to your kids if you can’t afford something?

Glen’s story: From £15k in debt to debt free