Wonga compensation: does it affect your debt solution? 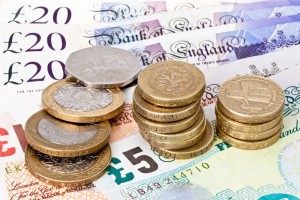 You might have heard the news last week that Wonga has been ordered to pay out £2.6 million in compensation to its customers.

The announcement came after an investigation by the Financial Conduct Authority (FCA) uncovered two examples of poor practice by the payday loans company. The first issue is the unfair and misleading way Wonga collected debts between 2008 and 2010, and the second is that some customers ended up overpaying Wonga because of a system error.

So what actually happened?

Between October 2008 and November 2010, Wonga sent letters from non-existent law firms to around 45,000 customers who had fallen behind on their payday loan repayments. The letters made customers believe their outstanding debts were being chased by fake firms ‘Chainey, D’Amato & Shannon’ or ‘Barker and Lowe Legal Recoveries’ and that they were under threat of legal action. In some cases, Wonga also charged customers an admin fee for sending the letters.

The second, separate issue is that a system error caused Wonga to miscalculate how much some customers owed. These mistakes meant that around 200,000 customers overpaid the company (mostly by less than £5), although some also underpaid.

What’s Wonga going to do about it?

Anyone who received a letter from Wonga falsely claiming to be from one of the two spurious law firms will be given £50 compensation for the distress and inconvenience it caused. Customers who paid an admin fee to receive the letter will also have that money refunded, plus 8% interest. However, customers who can show they suffered extra distress or discomfort will be able to ask for more compensation. Any customer who overpaid as a result of the system errors will be refunded. Wonga won’t be asking for extra payments from anyone who underpaid.

When will they start paying compensation?

Wonga will start paying out compensation from the end of this month, and the FCA will oversee the process. Some customers will receive their compensation or refund by cheque, some will have it paid directly into their bank accounts, and others will have their outstanding balance reduced.

I’m a Wonga customer, what should I do?

If you think you’ve been affected, the only thing you need to do is make sure Wonga has up-to-date contact details for you. You can do this by visiting Wonga’s apology page and clicking the ‘Check details’ button. This information will only be used to contact you about compensation, and not for any other purpose. Alternatively you can call Wonga’s Customer Services team on 0800 840 0836.Be aware that we’re not sure whether this number is free from mobiles, so call from a landline.

Wonga has already started getting in touch with customers who’ve been affected, and aim to have contacted everyone affected within eight weeks of making the announcement (by 20 August 2014).

What impact will this have on my credit rating?

If you’ve been affected by either issue, it might’ve impacted your credit rating. If there was or is an error with your balance, Wonga will get in touch with the credit reference agencies so they can amend the amount and remove any incorrect information.

I’m a StepChange client and have been given compensation… what do I need to do?

Depending on what solution you’re on you may need to get in touch with us.

The compensation is likely to be a small amount so you won’t be expected to pay this money into your plan. If you get a larger amount of compensation you can get in touch with us for advice on what to do with it.

If you’re on a debt relief order (DRO)…

If you’re on a DRO and receive compensation, you’ve got to let your official receiver (OR) know. Your DRO usually won’t be revoked as long as the compensation you receive is under £700 and counts for less than 50% of your total debt.

If you’re on an IVA or Trust Deed, you should let your supervisor or trustee know that you’ve been given compensation. You’ll be able to keep it if it’s a small amount of money, but larger amounts may have to be paid to your trustee or supervisor.

If you’re bankrupt or have gone through sequestration…

If you’re bankrupt and receive compensation, you’ll need to make your official receiver (OR) or Accountant in Bankruptcy (AiB) aware. You’ll have to pay them any refund you are given, but you may be able to keep hold of the £50 compensation for distress.

Payday loans are designed to be a quick short-term fix, but they can soon spiral out of control if you don’t have enough money to pay them back.

Last year we helped 66,557 people with payday loan debts. For more information about payday loans and what alternatives are out there, take a look at our comprehensive payday loans guide.

Posted by Laura in Living with debt

How do I make my money last until payday?

We asked the team at MoneyAware HQ for their tips on making...

Changes to your DMP are just a matter of circumstance

One thing we come across time and time again is people with...