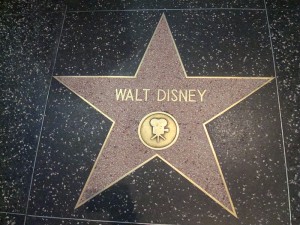 Even the great Walt Disney had to deal with debt problems!

As you’ve no doubt heard us say so many times, debt problems can happen to anyone no matter what their income, social status or approach to money. Little surprise then that history is riddled with people who were plagued by money worries.

Bankruptcy has long held a stigma that persists to this day despite it often being the best solution available to a person in debt. Several modern day celebrities have had to call in the official receiver when their debts got out of hand, but this list of famous names from yesteryear might surprise you…

Never a stranger to controversy, Victorian writer Oscar Wilde’s life began to unravel when he found himself in court for charges of indecency. His reputation in tatters, Wilde was imprisoned and sentenced to two years hard labour. The legal costs alone had stripped him of his fortune and he was forced to go bankrupt.

If only Mr Wilde could’ve watched our video explaining everything you need to know about bankruptcy (my now regrettable white blonde look alone would have cheered him up).

Shortly after being released from the clink, Oscar Wilde wrote the tragic poem ‘The Ballad of Reading Gaol’ before moving to France for a fresh start.

These days you’d have to spend a small fortune to own a Rembrandt painting, but they didn’t always come with such a hefty price tag.  When Amsterdam was hit by an economic depression in the 1650’s, Rembrandt was struggling to pay a sizable mortgage and his creditors were snapping at his heels.

In July 1656, he filed for ‘cession bonorum’; this meant he could go bankrupt without being imprisoned, which was usually the case for debtors in his situation. All of Rembrant’s property, including an impressive collection of paintings, was sold off to clear his debts.

Too bad there wasn’t a Ye Old StepChange around for Rembrandt to contact and get some advice on those pesky mortgage arrears.

Brilliant and ambitious, American novelist Mark Twain earned a great deal of money from his writing and lectures. Sadly, he lost almost all of it thanks to poorly thought out business ventures. The project that eventually ruined Twain was the Paige Compositor, a machine that was designed to replace the printing machine and speed up book production.

Twain had invested not only the revenue from his novels but also part of his wife’s inheritance in the venture, leaving the couple virtually penniless. Going bankrupt gave Twain protection from his creditors, though some critics and historians feel that he never truly recovered from his failed investments.

We know his face from the back of the American penny, but at one time Abraham Lincoln barely had a cent to his name.

Abe was a bit of a Jack-of-all-trades before becoming President of the United States, trying his hand at several odd jobs to get by. As a young man, Lincoln co-managed a general store in Illinois. Impatient to see his business flourish, Lincoln bought the stock of rival stores on credit, but generated little profit from the resulting sales.

Debt soon came a-knocking, and when Lincoln’s business partner died the future President became liable for $1,000 in back payments (roughly $25,820 in today’s money).

Bankruptcy in Lincoln’s day was much harsher than it is now. When Lincoln’s creditors took him to court he lost his two remaining assets: a horse and some surveying gear. It would take him well over a decade to pay his debts off in full.

Tom Hanks recently portrayed Disney in Saving Mr Banks when he was at the peak of his illustrious career. During his younger years however, Walt was just another young cartoonist with a big dream and even bigger bills.

Disney had just turned 21 when he opened his first Kansas-based studio called Laugh-O-Gram. Things were looking up when the studio signed a deal with a New York company to distribute short films. It turned out to be a dodgy deal however, leaving Disney and his studio partner completely skint. They had no choice but to close shop and go bankrupt.

With a clean financial slate, Disney decided to try his luck again in California, armed only with some humble sketches of a cheeky cartoon mouse called Mickey. They rest, as they say, is history.

Going bankrupt doesn’t mean you have to live in the Dark Ages. Use Debt Remedy to find out if it’s the best debt solution for you.

DIY on a budget No.4 | Cheap and cheerful ways to decorate your bedroom

In this series of blogposts I’m looking at ways to decorate your...

10 things your Nan can teach you about budgeting

As much as I loved my Nan when I was growing up...

How to save money on your guilty pleasures

Everyone likes a little treat every now and again, but when you...