11 ways to use up Christmas leftovers

Would I be alone in saying the best thing about Christmas is the food? I think not. Food is great. There’s lots of food at Christmas. In fact, we tend to buy too much, no matter what our intentions.

So, what can we do about this predicament? How can we eat all of the food we probably should never have bought?

Well, here are some ideas to help you use up Christmas leftovers. Just try not to drool over the keyboard as you read them. Oh, and probably don’t read this on an empty stomach. Don’t do it to yourself.

Christmas is the season of cheese. You can’t beat a good cheese board. Or just a block of cheddar alone is pretty great. If you do find yourself with a selection of leftover cheese, why not whip it up into a mixed-up mac n cheese?

You can follow any mac n cheese recipe and just substitute whatever cheese you have for the cheese used in the recipe. If you’ve had roast beef and have a bit of horseradish sauce leftover, chuck a bit of that in too. Let’s not forget mustard either. Oh and if you have left over veg, why not include that? Mix it up a bit.

If you’ve got some bread that needs using sharpish, tear it into chunks and drizzle some olive oil over it. Grill it for a little while until crisp, and while the mac n cheese is cooking, chuck it on top and wait for your cheesy bread dreams to be a reality. There’s a recipe for the breaded version here. 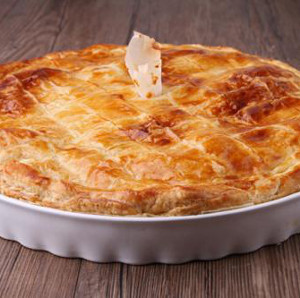 Can you ever be unhappy in the company of a pie? No. No you can’t. Nothing beats a hearty pie during the depths of winter. Luckily, with lots of leftover veg and turkey, Christmas is the perfect time to make one.

I’ve been led to believe that you can pretty much chuck anything into a pie, the more the merrier in fact. So if you’ve got some leftover stuffing, why not put that in too? There’s a leftovers pie recipe you can follow here that uses turkey and whatever other leftovers you might have.

You can buy premade puff-pastry for your delicious pie or make your own. Alternatively, you could just top the pie with some mashed potatoes, shepherd’s pie style. 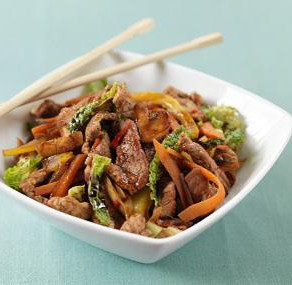 The title says turkey but if you’re not one for turkey on Christmas Day and prefer different meat, you can use that.

Stir-fry is simple and quick to make. After all, it’s basically chopped up vegetables with some slithers of meat, completed with noodles or rice and some sauce. Let’s not forget that it’s pretty healthy too. Ideal for when you’ve had enough of Christmas food (if that ever happens).

There’s a turkey stir-fry recipe you can follow here. It includes spices that can be used to make your own stir-fry sauce, or you could buy a premade one if you prefer. Watch out when cooking pre-cooked turkey – it can stick to the bottom of the pan!

Bone broth sounds so weird. It’s deceptively delicious. It can be made using the carcass of any leftover meat you’ve had over Christmas. You basically boil the bones along with onions, carrots and celery. You can add some herbs of your choice if you fancy it and some garlic too. Here’s a bone broth recipe you can follow.

My grandma used to make this broth using chicken bones. Once it had finished boiling, she’d sieve away the veg etc. and then add some pre-cooked tiny pasta shells. It was amazing. I still think about that soup. It was the stuff of soup dreams.

If pasta shell soup isn’t your thing (don’t knock it until you’ve tried it) then you can add other stuff too. Or, if you want, you can create some stock to freeze.

You can also make broth using vegetable peelings, so keep that in mind before you chuck them away. 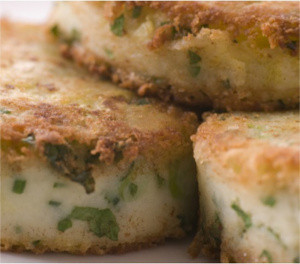 I’ve never had bubble and squeak but I’ve heard many rumours that it’s rather tasty. It also used to be the name of my uncle’s two cats, but that’s a story for another time (actually that’s the whole of that story).

To make bubble and squeak, you just fry leftover potatoes and cabbage in a pan with some butter. Keep turning it, to stop it sticking.

It’s a fairly versatile recipe. If you want, add garlic and onion too. If you don’t have cabbage, you can substitute it for sprouts and even make it with parsnips too.

There are a few variations of the recipe available online, so it might be worth having a look to see if you can find one that appeals to you.

This wouldn’t be a true leftovers post without the mention of turkey curry. Curry is a good way to use up leftovers. You can use any meat you’ve got spare and throw in some vegetables too. There’s a fairly simple biryani recipe here. Or, with a few more ingredients, you can make a turkey tikka masala.

Use up that Christmas chocolate 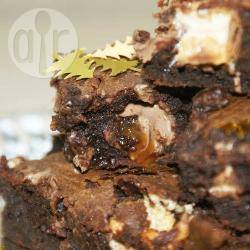 There comes a point at Christmas when you must ask yourself, how much chocolate is too much chocolate? Should this happen to you and if you decide that you can no longer gorge on chocolate then don’t worry. Just whip up a recipe to use it up all at once and then share it with friends.

I’ve stumbled across these delicious looking leftover Christmas chocolate brownies. Although, you can follow almost any brownie recipe (perhaps you have a favourite? Mine is here) and simply chop up whatever chocolates you have left over and add them to the mixture before you cook it.

Of course, there’s the risk that you end up eating all the brownies and thus haven’t really avoided eating all the chocolate. But that’s a problem we can deal with in the New Year. 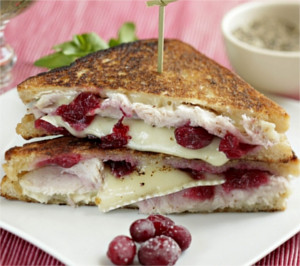 My, my, this sounds like a rather indulgent recipe doesn’t it? And after my housemate made this for me at university once, I can tell you that it is.

To be honest, it’s not as pricey as it sounds. You can get brie quite cheap from most value ranges in supermarkets, the same goes for cranberry sauce.

This is a good recipe to make around Christmas, because there’s a chance you might have some brie and bacon floating about anyway. If you don’t have bacon, turkey works too.

It’s a sandwich, so there’s no real recipe to follow. Just cook the bacon, melt some brie on top (if you want it melted), put it on some bread and add some cranberry sauce. Then, hopefully, you’ll have the delicious creation in the photo.

There’s a recipe here that uses bacon if you do want one to follow but it includes mustard cress. I’m not sure how I feel about that.

While we’re on the topic of sandwiches, it’s safe to say that even if you don’t have brie or any cranberry sauce, you can still use leftover meat to make a tasty sandwich. To bulk it out with something you can add leftover stuffing. Want some inspiration? There’s a whole list of turkey sandwich ideas here.

Don’t stop there though. Cold meat can be used in a host of recipes from pasta bakes to fajitas. 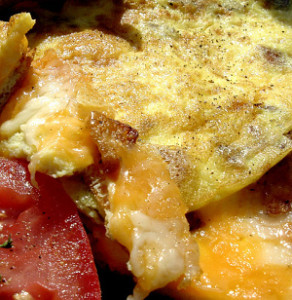 If, after the big day, you find yourself with an abundance of potatoes, it’s the perfect excuse to make a Spanish omelette.

Honestly, I’ve never actually made a Spanish omelette – is it just a normal omelette? If I ever have leftover potatoes I just make more roast potatoes and have a plate of those for tea. Don’t judge me. I’m happy.

Anyway, here’s the recipe for a potato omelette. If you have spare onions and bacon you can add those to it too, just make it your own!

We’ve already talked about bone broth. But if you’re not feeling that, you can still make soup without boiling any bones. Soup is great for using up leftover vegetables. So if you’re struggling to make the most of them, or are just sick of them, you can always make a soup and freeze it to eat later. Here’s an easy soup recipe made using leftovers.

Really, all you need to do is fry the vegetables you want to use and add some stock. Boil it all for a while and season, then put it on a food processor or blender. To make it creamier, add sour cream or yogurt at the end.

I could go on forever about recipes to use up Christmas leftovers. If you’re looking for some more inspiration, MoneySavingExpert.com has a handy forum thread with plenty of ideas.

Have you got any recipes you use leftovers to make?

How not to waste money on Christmas: A Scrooge’s guide

It’s the most wonderful time of the year…or is it? It might...

So you answered the door and it was an ‘Enforcement Agent’. What...