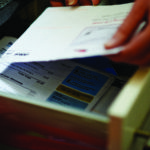 full bloom and we’ve got a big bunch of money and debt news for you.

We look at the latest proposals from the Financial Conduct Authority to help people with persistent credit card debt.

We also examine the latest figures on unpaid child maintenance, news on the Wonga data breach, a pensions warning to parents, and a welcome rise in the national living wage…

As a result of their comprehensive study of the UK credit card market, the Financial Conduct Authority (FCA) has proposed new rules to tackle the problem of persistent credit card debt.

During their research they analysed the credit card accounts of 34 million consumers over a five year period and conducted an in-depth survey of 40,000 people.

“We welcome moves to tackle persistent debt, but we are concerned that these proposals will not fix the central issue that credit cards, which are supposed to be a short-term form of borrowing, often become long-term and expensive debt.”

Read the full report on the FCA findings and suggested remedies. 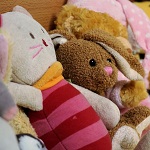 The single parents’ charity Gingerbread is calling for the government to compensate 1.2 million people in the UK who are owed child maintenance payments.

The Child Support Agency (CSA) was set up in 1993, and after difficulties with assessments and pursuing absent parents, it was replaced in 2012 by a new Child Maintenance System (CMS).

While most of the money owed was built up over the years that the CSA was in place, more has still built up under the new CMS, a further £93 million in fact.

“They shouldn’t just be able to walk away and say its history when it’s due to their errors and their poor practice that money hasn’t been collected. That’s wrong and the government should pay for that…”

The Department for Work and Pensions stated:

“We actively pursue non-resident parents to recover unpaid maintenance and we are transferring existing arrears from the CSA to the CMS. The new system is designed to encourage parents to come to their own family-based arrangement.” 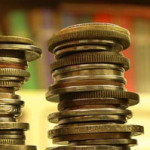 Parents who care for a child at home rather than work are being urged to sign up for child benefit or risk losing out on thousands of pounds in their state pension.

Following a shake-up of the child benefit system in 2013 fewer parents are registering to claim, and in doing so are losing out on ‘pension credits’. New parents who realise that they haven’t registered can only get the credits backdated a mere three months.

So far the government have no plans to notify the 50,000 women who could be affected, or change the backdating rules to minimise any potential losses.

By the time these women reach state pension age they could discover that they’ve unwittingly given up a large amount of their entitlement simply by not claiming child benefit.

“Tens of thousands of mothers with young children are missing out on vital state pension rights. This risks setting back the cause of equality for mothers by a generation. HMRC were alerted to this problem last year and have done nothing about it.

The government needs to take urgent action to ensure that mothers get the pension protection to which they are entitled.”

If you have children and are currently not working, you should register for child benefit now to avoid losing out. 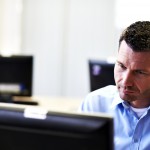 Wonga have revealed that they are “urgently investigating illegal and unauthorised access to the personal data of some of its customers”. It’s estimated that 245,000 UK clients, and a further 25,000 clients in Poland, may have been affected.

The breach was initially thought not to have included any personal data, but was later discovered to have included a wide range of information which one expert has described as ‘particularly worrying’. The stolen data included names, addresses, telephone numbers and the last four card digits of their credit cards.

If you’re worried that you may have been affected, Wonga are advising that you: 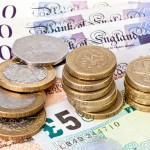 Don’t lose out on your pay rise!

Changes introduced to the National Living Wage and National Minimum wage that came into effect on 1st April mean that you’re entitled to a pay rise.

If you’re entitled to the increase you should check your payslips and complain to your employer if you don’t receive it.

If you still don’t receive the rise read more about your rights at work and how to report your employer. Don’t lose out!

It’s probably no surprise that we love moneysaving bloggers the most. So,...

Be a Christmas budgeting champ

I used to get laughed at for having all my Christmas shopping...

I’m in debt and facing redundancy. What do I do next?