It’s time for our usual round-up of the latest debt and money news! Since our last update, there’s been plenty going on, including the Government’s Autumn statement. We’ve looked at in detail to see how you’ll be better, or worse off when the changes kick in.

But that’s not all; we’ve also heard some alarming news regarding some payday lenders who may have been targeting the homeless.  There’s a call from our friends at Moneysavingexpert.com to fix your utility bills NOW, and an inspiring story about how one woman reduced her spending dramatically and changed her outlook on life in one year…

The Autumn Statement – what does it all mean?

With concern about how Brexit will impact the economy over the next few years, the Government’s Autumn Statement (an update on their plans for the economy), was all about trying to steady the nation’s finances. 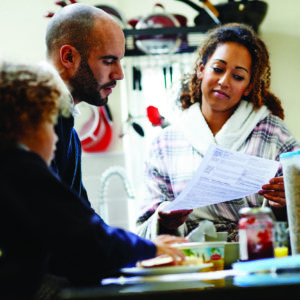 The Chancellor failed to announce any changes to the freeze to working age benefits that came into force in April this year. As the cost of living rises,  many critics believe this will have a impact on large numbers of ‘just about managing’ families (or ‘JAMS’).

Although the Government said that no new benefit cuts will be introduced over the next parliament beyond those already announced, there is concern over the effect of benefit cuts already scheduled, especially the two child limit to tax credits and equivalent changes to Universal Credit.

Talking about the impact of the two child limit in tax credits, coming into force for new claimants from April 2017, Peter Tutton, our Head of Policy said:

“About 17% of clients with more than two children cannot make ends meet, even when we’ve helped them with their debts. We estimate that figure will shoot up to 90% after April 2017, when they’ll lose on average £300 a month.”

The annual increase in the national living wage will see the minimum wage for those 25 and over rise from £7.20 per hour to £7.50 per hour. This change will come into effect in April, but it means that next year anyone over 25 and employed full-time (38 hours a week) will see a pay rise of about £500 per year.

The threshold for what you can earn before you pay income tax was also increased, from £11,000 to £12,500. This’ll mean that people in employment will see a slight rise in their income next year, if their income is over the £11,000 threshold However, with the cost of living currently on the rise, the positive effect of this could be small.

Fuel duty was frozen instead of increasing by 2p as planned, so unless the overall price increases, it’s more money in people’s pockets. However, insurance premiums are set to rise. In June 2017 the cost of the insurance premium tax will increase from 10% to 12%.

In a welcome move, the practice of allowing letting agents to charge up-front fees to prospective tenants will be banned ‘as soon as possible’. The fees, which Citizens Advice say average £337, will be outlawed, although no date for when this will come into effect has been set.

As the housing crisis continues to deepen, the Government committed £2.3 billion to a Housing Infrastructure Fund, which is aimed at delivering up to 100,000 new homes in high demand areas. The Government has also announced £1.4bn to go towards the construction of more affordable homes.

And finally, in an effort to encourage people to start saving more, the Government announced that a new savings bond will be offered from Spring 2017. Provided by National Savings and Investments, the bond will have an interest rate of 2.2%. Anyone over the age of 16 will be able to deposit between £100 and £3000 in one year.

Want to find out what else was announced? The BBC’s What it means for you gives you a full summary of the changes, or read our blog all about the Autumn Statement.

Martin Lewis: “ACT NOW to save money on your energy bills!”

Want to save some money on your energy bills? According to Martin Lewis at MoneySavingExpert.com, the time is now, as prices are set to rise with the best energy deals disappearing fast.

“We’ve been shouting it till we’re blue in the face – if you’re on a standard tariff, fixing can save you £100s. For the 66% of you on one with a Big 6 provider it’s doubly important you ACT NOW…their prices are set to rise…”

Some of the best prices are with the smaller providers, who have a set amount of energy to sell, so once they’re gone, they’re gone. You can save up to £20 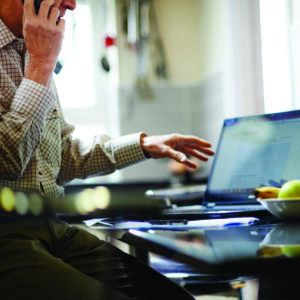 0 a year compared to the big firms’ standard tariffs though.

Of course, you can always lower your bills by using less, there’s some handy tips on MoneySavingExpert.com, but if you want to save more, dig out your last gas and electricity bills and use one of the many utility switching sites.

Be sure to use an comparison site that has the Ofgem confidence code logo, meaning you’ll always get fair, unbiased comparisons.

In some cases you won’t even need to switch provider to save; you can just change what tariff you’re on, or move to Direct Debit to get a discount.

The Independent has reported that payday loans companies may have been targeting homeless people in Bradford. Freda Dyson, who manages Centrepoint services in the city, told The Independent that she and her staff have alerted trading standards in an effort to try and investigate the practice. 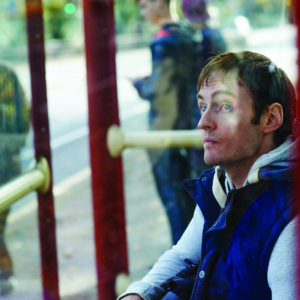 ng for a helpline to be set up to help homeless people avoid getting in to problem debt.

According to October’s figures from the Bank of England, borrowing on credit cards is rising at its fastest rate for a decade. The British Bankers’ Association has reported that consumer credit rose 7% year-on-year, its fastest annual growth since November 2006.

Lenders have been battling to offer the best deals on loans and credit cards, including reducing interest rates and offering higher loan amounts. With the uncertainty of Brexit looming over the UK economy some have expressed concern as to how sustainable these debts are for consumers.

Peter Tutton, our Head of Policy, recently said on the issue:

“It is vital that lenders use thorough affordability checks to ensure that people can repay credit in a reasonable time and without hardship. When people do find themselves in persistent debt, lenders need to help identify them early and offer the vital assistance they need.”

And finally….could you go ‘no frills’ for a year?

Money blogger Michelle McGagh set herself a challenge this time last year and decided to have a year of ‘no spending’. For the last 12 months she’s only spent money on her essentials; just food and bills, and no frills.

It’s worth reading her amazing story to see what she missed and what she uncovered during her journey:

“A year of no spending has taught me what things I really need, and it really isn’t that much.”

Which seems like the perfect mantra to keep in mind as we head into Christmas, and pressure to overspend mounts.

Statistics released today revealed that the number of people applying for DROs...

Scam alert! Have you had an email notice to appear in court?

Spam emails have been used by criminals online since the dawn of...