Are you a secret spender?

Do you know what secret spending is? It’s when, with all the good intentions in the world, you spend more without needing to, or even realising it.

Spending pitfalls are everywhere, from the supermarket aisles to the funfair. So, in a world where the invisible hand of consumerism is pushing us to spend, spend, spend, are you guilty of spending without even thinking?

Are you ready for the shopping spiral? I know I am (mainly because I’m guilty of most things on this list).

It was Friday. I was lazy. I looked at the tomato and cucumber salad that awaited me and I felt repulsed. Treat yourself, I thought. You’ve just been paid… buy lunch.

So, I casually went out to pick up lunch. Shouldn’t be too much, I thought, you can get a meal deal for £3. So how, when I got to the checkout, had I managed to spend £10?

Turns out I’d been doing some mindless spending as I sauntered down the aisles. Packet of cookies for the team? Sure, why not. Bleach? I always need bleach. What else? Oh yeah. SEAWEED THINS. I don’t even like seaweed and I like it even less in the form of a ‘thin’ intended to be an alternative to a delicious crisp.

Treating yourself to the odd shop-bought lunch is sustainable. Spending way more than you intended (or needed to) is not.

How to avoid spending too much in the shops? 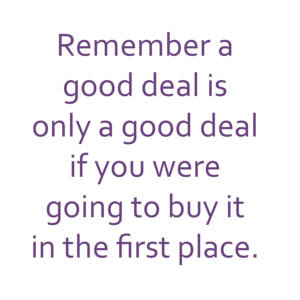 When’s a deal not a good deal? When you weren’t going to buy it in the first place. Sorry, that felt like it should be an opening to a joke, but this is no joke.

When you’re in the supermarket and there are 2-for-1s all over the place it can be overwhelming. We feel like we’re getting a bargain. But the 2-for-1 is a key culprit in influencing secret spending.

Thing is, if you were never intending to buy that 2-for-1 in the first place, it’s not really a deal, is it? It’s just going shopping for things you didn’t want. A trick is what it is, a devious trick.

There are lots of other sneaky ways supermarkets try to get you to spend money too… but I’ll leave those for you to investigate.

How to avoid overspending on deals?

Take a list every time you go shopping. If something on your shopping list is on offer then give in and take what you’re offered. If it isn’t, let it go. There’ll be more deals in the future, deals that actually suit your shopping needs – hooray!

I love shopping on eBay. It’s a great place to pick up some bargains. But not when you end up in a bidding war. I think this is bargain psychology kicking in. We like good deals. We like winning (I assume). So when someone outbids you, things can get out of hand and a bidding war commences.

Ever found yourself mindlessly bidding on something until you win? I’ve often spent more than I intended on something I didn’t really need. And when you buy something at auction on eBay there are usually no returns – so you’re stuck with it.

How to avoid bidding too much on eBay?

4. Getting into the spirit of things 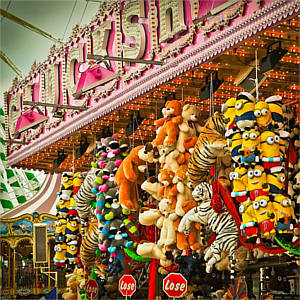 Yeah, I know what this sounds like. Sounds like I’m the fun police. Let me tell you, I’m the opposite and that’s why I need to read this tip in particular.

Here’s the scene. The fair is in town. Helium balloons, flashing lights and things you wouldn’t normally look twice at are for sale.

It happens every time I go somewhere like that. I don’t know why I’m like this. Maybe you’re not but maybe your kids are. Either way it can happen wherever you go, whether it’s a trip to the fair, a museum or another day out, there’s usually something to spend on.

How to avoid spending too much when visiting events?

The fair is fun. Budgeting isn’t as fun, but it is necessary. Make a deal, go to the fair (or other event) but set a budget for treats.

Negotiate with your kids: if they want a toy and candy floss, ask which they want more, so it becomes a toy or candy floss. Saying no to your kids can be hard but finding out you can’t always get what you want is an important life lesson.

Off you pop to the corner shop to get milk. You try to pay for the milk on card but there’s a £5 limit. Or, there’s a charge for items on cards under a certain amount. But you’re already at the shop, at the till, and you need the milk because cereal is thirsty for it and tea needs to be made. Breakfast is at stake!

So, like the hero you are, you either pick up more things to take you up to the card limit or you pay the card fee.

Sometimes this can’t be helped. But a lot of the time it can. It’s fairly normal for smaller shops to charge you to use your card, so being prepared can help you to save money.

How to avoid getting caught out by minimum spending limits for cards?

6. Pay for your money

This is kind of similar to the above. It really annoys me when you approach a cashpoint only to be told that you’ll be charged for the privilege of taking your own money out.

Why is that a thing? Why does it cost me £1.50 to draw out my own money? It’s the price we pay for spontaneity. Or unprepared-ness.

How to avoid cash machine charges

I’m not saying stop being spontaneous. I’m just saying… be more prepared. Know where the free cash machines are. If you’ve got weekend plans, take out cash at a free cashpoint in advance. Looking for a free cashpoint? Try the Link ATM locator. If there’s not one nearby then ask in local shops to find out if they do cashback.

And if you’re thinking of withdrawing money on a credit card, think carefully about doing it even if it is a free cashpoint. The vast majority of credit card providers charge a fee to withdraw money (and the transaction gains interest straight away) whether the ATM charges or not. 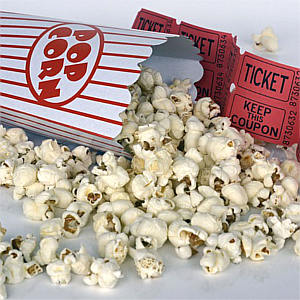 I didn’t go to the cinema for years. It’s one of those things I just didn’t get around to doing. So I was shocked when I finally returned, to find that tickets now range between £8-12. And let’s not get started on popcorn and drinks (how much for a bag of Revels?!).

I guess the cinema falls into a similar spending category as service stations, airports and train stations. A Bermuda Triangle of overpriced goods where your money mysteriously disappears. A black hole of convenience rip-offs.

Once again you’re paying for being unprepared but, as we probably know, it doesn’t have to be like this.

How to avoid the cinema shakedown?

Most major cinemas don’t seem to have a specific policy to stop you from taking your own soft drinks or snacks in with you (although if you’re unsure, check the cinema’s website before you visit). Taking alcohol and hot food is usually against the rules though.

So, if you’re taking a bag anyway, just buy some sweets and drinks from the supermarket in advance.

The same goes for car journeys: stock up so you don’t have to give in to service station prices.

Are you guilty of spending without thinking and if so, when? Or do you have any tricks to help you save? Let us know in the comments below.

Posted by Jenny in Living with debt

The warning signs that your grown-up kids are in debt

How will the April 2016 benefit changes affect my DMP?

UPDATE 17 March: Further benefit changes have been announced since this article...