So, what’s on the round-up this time? Soon we’ll need a TV licence to watch ‘catch-up’ programmes on iPlayer, the FCA refuses authorisation to a debt management company, and the N244 application fee is set to rise.

Elsewhere, a report has highlighted that around four million children are living in fuel poverty, while the Competition and Markets Authority (CMA) announces plans to ‘shake up’ the energy industry.

Read on to find out more…

Our research has highlighted that over 200,000 people contacted us last year for help with credit card debt. In the last five years we’ve helped people struggling with £8.6 billion worth of debt on credit cards.

Credit cards are useful when used properly, but for millions of people they have become long term, costly products with high and potentially unsustainable balances. We believe that the FCA needs to introduce measures to reduce balances, ensure responsible lending and reduce the number of people struggling with multiple cards.

“Minimum repayments are too low and must be set at a level that ensures both responsible lending and borrowing. The FCA (Financial Conduct Authority) must commit to direct action that will prevent credit cards from becoming long-term debts.” 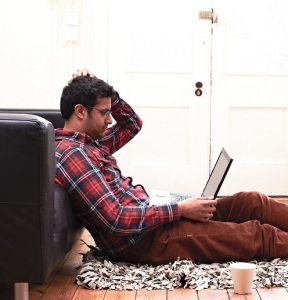 At the moment we’re able to catch up on BBC programmes through iPlayer without needing a TV licence. As long as we aren’t watching the programmes live, it’s all OK and perfectly legal.

It seems this dream is coming to an end with the Government announcing plans to close the loophole that allowed us to do this. This means that soon we’ll need a TV licence to watch iPlayer even if we’re not watching live TV.

Let’s hold off the mass panic just yet though, as other catch-up channels won’t be affected by the change. We’ll still be able to enjoy them licence-free, just as long as we’re not watching them live.

A rise in council tax payments for households in the top four bands has been proposed in Scotland. The increase would come into effect if the SNP (Scottish National Party) is re-elected in the Scottish election in May.

According to the BBC report, 75% of households won’t be affected by the rise as they’re currently living in bands A-D.

Why the increase? Nicola Sturgeon has said the increase in payments would raise an extra £100m a year to go towards schools and education.

There’s currently a council tax freeze in Scotland, that’s due to end in 2017. Then, councils will be able to raise council tax bills by up to 3% per year.

Research from the National Children’s Bureau has shown that four million children are living in cold homes as a result of unaffordable energy bills.

Around one in four homes are currently spending 10% of their income to ensure their homes are kept warm (link unavailable). The number of homes living in fuel poverty looks set to increase during 2016 by 40%, with gas and oil prices expected to rise.

Cold, damp and poorly heated homes can lead to illness and poor health conditions, causing children to need time off school. A separate study from fuel poverty charity National Energy Action also highlighted that around 117,000 people have died due to cold homes in the past four years.

A campaign for more energy efficient homes and reduced fuel bills is in action. You can find out how to support it here.

Find out more about utility bill debt and if you’re struggling to make payments to your bills please phone our Helpline for free debt advice.

Changes to the bankruptcy application process 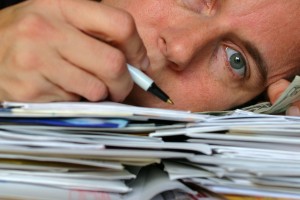 Bye-bye paperwork. Bankruptcy applications will be made online from April.

In April, the Insolvency Service is making some changes to the way you apply for bankruptcy in England and Wales.

The old process involved filling out forms and submitting them to the court. You’d also have a court hearing to find out if your bankruptcy could go ahead.

Once you’ve submitted your online application, it’ll be received and assessed by an adjudicator instead. The adjudicator will let you know if your bankruptcy can go ahead.

There used to be a court fee for applying for bankruptcy, in April this will become the adjudicator’s fee instead and the insolvency service are expected to confirm the new amount soon.

The changes aren’t applicable in Northern Ireland yet, however the process there is due to be updated in November 2016.

The form is commonly used to apply for County Court claims to be ‘set aside’ or, in other words, cancelled. You’d usually do this if you don’t owe the money being asked for in the claim and if you didn’t receive or respond to the original court claim.

We’ve all had the calls about claiming PPI and what not. But how many of us have actually dealt with the companies behind the calls?

If you have, you may have successfully claimed PPI, however also faced high fees for the services provided by the claims company. Paying fees for a service is OK if they’re reasonable as although you can reclaim PPI for free, some people prefer to go through a company.

However the Government think some of the fees charged for financial claims services are a bit too high at the moment, with some fees accounting for around 40% of the claim itself. That’s not exactly reasonable, is it? So they’re taking steps to cap the amount that can be charged in order to protect the consumers making claims.

On bulk claims, for example mis-sold PPI, the maximum fee for when a completed claim would be capped at 15%. For claims that are worth over £2,000, the fees a claims company could charge would be capped at £300, making it much more fairer for anyone making a claim.

The FCA has announced that debt management company PDHL has failed to meet the standards required by the regulatory body to achieve authorisation.

This means that PDHL will no longer be able to offer debt management services to their clients, resulting in the closure of the firm.

The FCA is writing to the 16,000 affected clients, to let them know about the decision.

If you were a client of PDHL, don’t panic. Read this page on our website that’ll let you know what to do if your debt management company closes down. You can also get free and impartial debt advice from us.

The Competition and Markets Authority (CMA) has announced plans to change the energy market with the hope of customers getting a better deal.

The report released by the CMA highlighted that we could be overpaying on our energy bills by around £1.7 billion a year.

One of the proposals put forward by the CMA is to cap prepaid tariffs between 2017 and 2020. The cap would mean that people on prepaid energy meters will pay around 8% less on their bills each year.

The plans put forwards by the CMA are intended to make things more fair for customers who are unable to switch providers to get a better deal, for example if they’re in utility arrears or on prepayment meters. 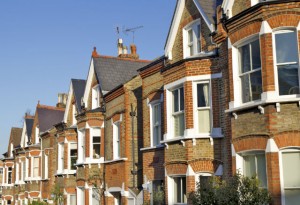 Soon it’ll cost us even more to rent. Hooray… ?

Figures put together by the Centre for Economics and Business Research (Cebr) has estimated that deposits for rented homes are set to rise by 40% by 2026.

If that’s the case, it means the average rental deposit could be around £1,111. With the average monthly income in Britain coming in at around £1,576, new deposit prices will be around 70% of that.

Currently, the average amount for a deposit is about one month’s rent; if the predictions are correct the average will become six weeks instead.

With average property prices increasing by around 4% in 2015, owning a home is becoming an unrealistic dream for many, leaving renting as the only affordable option. Cebr estimates that by 2025 around 7 million households in England and Wales will be renting, meaning that such a big increase in deposits will have a huge impact on lots of households across the UK.

That’s it for this month’s debt news. We’ll be back next month with the latest goings on!

Posted by Jenny in Debt news

Are money worries keeping you awake at night?

There are very few things in life like a good night’s sleep....

Being in financial difficulty is not a pleasant experience; you may feel...