Cheap ways to make Christmas magic on a budget

Almost everyone I know has a Christmas tradition. From jelly-making contests to fancy dress charades. That’s the lovely thing about Christmas, it’s a time to make traditions and the best ones are usually cheap or even free.

This is especially good if you’re trying to stick to a budget but still want to make the day magic for your kids.

See, I’ve got a little secret for you…

“Presents aren’t magic, but finding a bell from Santa’s sleigh is. Catching a glimpse of some snowy footprints is. Finding a half eaten mince pie in the hallway is. These are the things your kids will remember when they grow up.”

Christmas doesn’t have to be all about spending money. So, how about we stick within our gift budgets and spend a little time doing some of the festive tricks below to keep the magic of Christmas alive?

‘Twas the night before Christmas 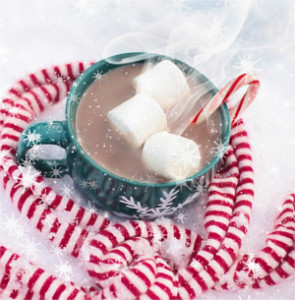 Christmas day is great and all but what about Christmas Eve? It’s kind of a big deal guys, especially for kids. Having to wait a gruelling 24 hours for a visit from Santa isn’t easy.

Create a bargain Christmas Eve kit to start stirring up some Christmas magic early and take their minds off the eternal wait. You don’t have to go crazy. Start by picking up some cheap new PJs for the kids or give some old ones a wash and iron and wrap them in a bow. Find a Christmas DVD to watch or borrow one from a friend. Chuck in a few snacks, whip up some hot chocolate and let the good times roll.

If your kid is starting to get a bit wiser about old Santa Claus, it’s time to throw a spanner in the works. Pick up a cheap ‘sleigh bell’ off eBay or from a craft shop and leave it in the garden. You can ‘spot it’ on Christmas morning and show the kids. Why would there be a sleigh bell in the garden other than from Santa’s sleigh? Mind-blown.

Sleigh bells ring, are you listening? 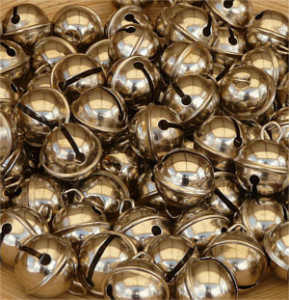 While we’re on the subject of sleigh bells, jingling some bells in the garden on Christmas Eve will help to create the illusion that Santa is near. If anything, it’ll encourage your children to be on their best behaviour.

Or, do what my mum did one Christmas Eve, and put some sleigh bells in a stocking at the end of the bed. Every time I moved I was convinced Santa was visiting. It’s safe to say, I didn’t leave my bed all night just in case I ruined the present-leaving process. Nice work mum.

Santa is on the radar

Apparently it should be visible around 4pm on Christmas Eve. I wouldn’t put all your festive eggs into one basket with this one, just in case it’s a cloudy night. But it’s a nice touch if it’s a clear sky. You can find out more about it here.

You can also track Santa online using Google these days, because Santa is embracing
the modern world and has hooked himself up to the internet. It’s all part of the magic!

A little something for Rudolph (and Santa!) 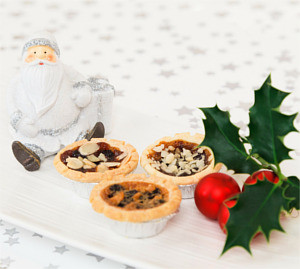 Where would Santa be without his loyal flock of reindeer? I’m fairly sure he couldn’t fly that sleigh all by himself. That’s why it’s important to make sure they’re well fed on Christmas Eve, so they can keep flying through the night.

Steal a carrot from your Christmas dinner to leave on a plate by the door on Christmas Eve (you should probably leave a mince pie for Santa too. You don’t want to get in his bad books!).

In return for your kindness, Santa can leave some ‘snowy footprints’ by the door and Rudolph can half eat the carrot because well, carrots aren’t that great. You can make the snowy footprints with some flour. If your kid tries to outsmart you by asking why there’s snow in the house but not outside, just say it came from the North Pole or something.

If your child has been a good egg all year, why not write a note from Father Christmas to let them know? You can leave it on their bed on Christmas morning or by the half-eaten mince pie and carrot (if you do that).

Make it seem legit by including mentions of some particularly good things they did through the year. This way, it’s magic but they’ll also remember that Santa is always watching, so hopefully they’ll be good. You can handwrite a letter, or print a free template from the web. You can even get a free ‘official nice’ certificate, if your child has been especially good.

Letters not your style? You modern thing, you. Why not try a personalised video from Santa for free instead?

Time for a present hunt 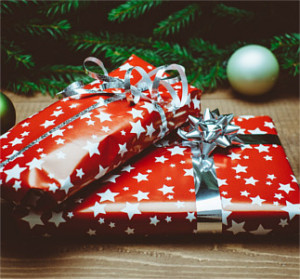 If you’re running low on money, buying loads of presents isn’t realistic. It’s more important to stick to your budget rather than overspending.

You can, however, still make it seem like you’ve bought more presents by creating a treasure hunt for your kids to find them. Create clues for them to follow and find round the house. You could even alternate presents and chocolates at each clue.

It’ll help to lengthen Christmas morning and create a sense of excitement for the kids.

It’s quite simple to do too. You could use gift tag labels to write the clues on, or there are a host of free clue templates you can find online. If you’re struggling to know what to write for each clue, the MoneySavingExpert.com forum has some good ideas.

A special key for Santa

Everyone knows Santa’s preferred way to enter a house is down the chimney. That’s just how it is. It’s kinda worrying for kids when they realise that their house doesn’t have a chimney. Absolute nightmare.

Luckily, parents over the years have started the rumour that in certain cases, Santa is OK with using the door. So, why not take things a step further and make a special Santa key for him to do just that?

If you’ve got an old key, you can use that and tie a tag on it with Santa’s name written on it. No keys? No problem. Just make one out of cardboard and either let your child decorate it or wrap it in some foil. There’s even a free printable poem you can put with it here. Then simply leave it out ready for Mr Claus.

Wrapping paper on the door 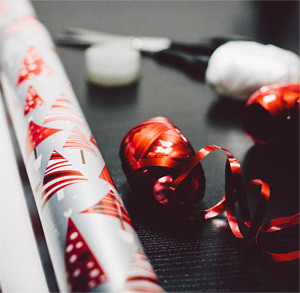 Half of the fun of presents is unwrapping them. I say, you go one step further than wrapping presents, and put wrapping paper over the entrance to the room the presents are in.

You can make your kids wait until you’re awake (lie in, anyone?) before they can tear it all down. Stuff like that is fun when you’re a kid and cheap for adults to do. It’s win-win.

Hopefully these tips will give you some cheap and cheerful ideas to help make Christmas feel extra special. Is there anything you do that helps make Christmas magic for the kids? Let us know in the comments below.

10 top tips for moving into your first home

In June this year I took the plunge and moved in with...

Don’t make the wrong decision when you need debt help

People try to exhaust all possible options before admitting that they need...

April’s debt and money news has an ongoing theme of change. With...