When we spend money we may as well squeeze every single penny out of the things we buy, right? Glad you agree! Join me on my mission to dabble with the boundaries of being overly frugal as I attempt to give everything a second lease of life.

They say cats have nine lives, well these objects have at least two, I tell you. Here are my top seven new uses for old things that’ll save you money, straight from Jenny’s
marvellous recycling emporium. That name makes reusing things sound pretty exciting doesn’t it? Before we have time to debate whether it actually is or not, here’s the list:

Don’t panic! It’s not as creepy as it sounds. It’s just using bones from roasted meat to make soup.

So if you’re having a roast chicken, when you’re done with the meat, just pop the bones in some boiling water with some veg and make tasty stock.

You can use the stoc 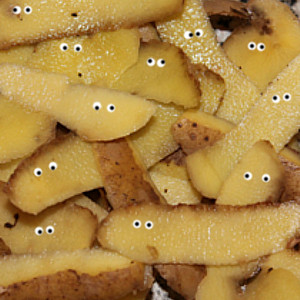 k as a base to make some delicious soup. Before you know it you’ve got yourself another meal out of that chicken!

I think it’s technically called bone broth but that sounds weird. So I’ll rename it, ‘delicious meat stock straight from the source’. Find out how to make stock from meat bones and get cracking.

Don’t stop at bones though. You can also make stock from vegetable peelings and stalks you don’t use. You’ll never have to throw away food scraps again!

2. Clothes that can’t be saved

We’ve talked about prolonging the life of your clothes in the past. But sometimes they’re just beyond redemption. When this happens, don’t be hasty and cast your old clothes into the bin my friends, simply cut them up and use them for cleaning rags instead. It’ll save you from buying endless yards of kitchen roll.

If you’re not quite ready to demote your clothes to cleaning duty yet, fear not. You can use them as pyjamas too. Who says pyjamas have to specifically be ‘pyjamas’ anyway? Who made that up? The retailers, that’s probably who! Your old t-shirt will do just fine. 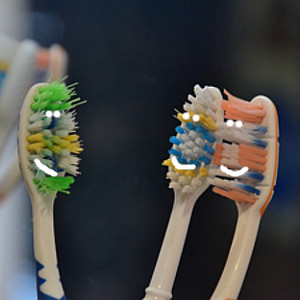 It’s a sad day when you’ve got to throw your toothbrush away. The many minutes you spent ‘breaking it in’ feel wasted, as you toss it into the bin.

Don’t give up on your old friend just yet though. A toothbrush is great for scrubbing the shower with. Exciting times I know.

But seriously, I actually did this the other day and my shower looked unbelievable. So shiny and so clean.

If you’d like to push the boundaries of your old peg brusher, here’s a list of uses for old toothbrushes you may not have thought of.

4. Milk your carton for all it’s worth

Now we’re talking! There’s never a dull moment in Jenny’s marvellous recycling emporium. Anyway, there are actually lots of things you can do with empty milk cartons. Clean it out, fill it with water and freeze it. Next time you have a picnic, you’ve got your own ‘cooler’ to keep food chilled. Much cheaper than buying those cool packs. Just don’t forget the lid.

Going on a day trip? Instead of buying bottled water to keep everyone cool, reuse a milk carton and fill that up instead. Of course, you could just use empty water/squash bottles if you have them too!

For cat owners, if you cut your milk carton in half, you’ve got yourself a cat litter tray scoop. Whether you want to use it to scoop litter into the tray or, well the other stuff out, is up to you.

You can also use the base as a pot for seeds, or carefully pierce holes in the lid to make a little watering can. So many uses! I salute the inventor of the milk carton for giving us this gift that keeps on giving.

Obviously we never order takeaway because we’re a thrifty bunch that only cook from scratch. If for some reason a takeaway should appear at your house (perhaps after a long week or a stressful day) make sure you keep hold of those plastic tubs they arrive in. They’re perfect for storing leftovers in!

I never fork out on for tupperware boxes because I have a supply of plastic containers already. They’re great for taking lunch to work in too.

Looking for a bonus use? Put them in your ‘junk draw’ as a divider and make it a little more organised. 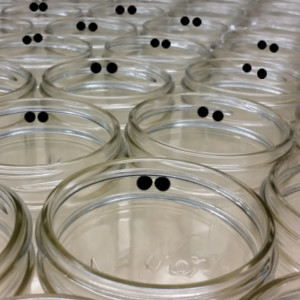 Keeping glass jars is a risky game. If you’re anything like me, you’ll end up with a cupboard full of them. The good news is I managed to get rid of mine in bulk by using them as jar candle holders at a surprise engagement party for a friend. It was much cheaper than buying actual candle holders. I left them all at her house and they’re her problem now. I’m sure she’ll reuse them for the wedding though!

You could also start using jars as drinking glasses. That’s very trendy right now. Also great for when you can’t be bothered washing up actual glasses.

Jars are also useful for DIY gifts like jams. Don’t draw the line there though, I currently use one to store utensils in on my work surface. In fact there are tons of uses for glass jars. Let your imagination run wild!

If like me you have cupboards full of plastic bags and it’s getting to be a problem, it’s time to start getting some use out of them. Not only can you reuse them for supermarket shops, you can pad out boxes with them when moving house and line smaller bins with them too. You can also use them to protect your bike seat from the rain.

There are lots of uses for plastic bags. Including those plastic bags you get in cereal boxes too. I’ll shamefully admit I’ve never even considered keeping those before.

When you’ve finally got all the use you can out of your bag, don’t forget to recycle it so it can start a new life as a plastic fork or something.

What things do you keep to make sure you get a second use from? Let us know in the comments below.

Posted by Jenny in Budgeting

How to save money with freebie websites!

Our pal Alex from Magic Freebies shows you how to save money...

Top tips for saving money on your broadband bill!

What to get the best deal on your broadband? Are you getting...