Fed up with nuisance calls and texts? Make a complaint

This articles comes from our friends at Which? as they continue their campaign to raise awareness of nuisance calls and texts. If you’re interested in this subject, fill out our survey. 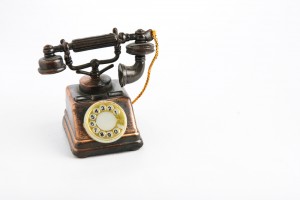 More than eight in ten of us are bombarded by them, yet less than a fifth of us actually make an official complaint. What are we talking about? Nuisance calls and spam texts of course.

Whether they’re about PPI or personal injury insurance, these calls are at best an annoyance, and at worst they’re distressing. This is why us here at Which? are Calling Time on Nuisance Calls and Texts – it’s about time you didn’t feel like a prisoner in your own home.

We already have more than 82,000 pledges of support, which has caught the attention of the government and regulators. But before we shout about our progress, let’s dig deeper into the problem.

1.   How many people get nuisance calls?

Many of us sign up to the Telephone Preference Service (TPS) to stop these calls in their tracks. And although that’s certainly a good idea, 58% of those registered aren’t satisfied with the service. That’s not surprising when TPS-registered households still receive an average of 10 unsolicited calls a month.

2.   What type of nuisance calls are people getting?

You might not be surprised to hear that PPI (payment protection insurance) calls top the list of most common nuisance calls, with 62% being interrupted by these calls. Claims management companies are clearly trying their best to get a slice of the £18.6bn provision for mis-sold PPI (more than double the cost of the Olympic Games!) Remember, you can reclaim mis-sold PPI for free – there’s no need to turn to a claims management company.

Second on the list are personal injury claims, where ambulance chasers try their luck at cashing in on your accidents. Almost half (48%) of people have had a personal injury call, such as Alfa on our community blog Which? Conversation:

‘Had a call a couple of days ago. The guy said he had a file in front of him with the details of my accident. Wouldn’t tell me the details and put the phone down on me after I got shirty. Blatant lie as the only accident I have had was a no-fault knock over 20 years ago!’

3.   How to complain about nuisance calls

Despite so many of us being bombarded by unsolicited calls, our research shows that only 17% actually report them to the authorities.

So why aren’t we reporting calls? Well, 31% of people say they just don’t know who to complain to. You can’t blame them. You see, there’s the Information Commissioner’s Office (ICO) that deals with complaints about live marketing calls, texts and the Telephone Preference Service. Then there’s Ofcom, which is responsible for silent and abandoned calls. And then we’ve got Phonepay Plus, which deals with complaints about premium-rate services. Oh and don’t forget the mobile providers – you can report spam text messages to them as well. That’s a lot to remember.

However, 58% of people would report nuisance calls and texts if they knew where to go. That’s why we’ve created a new complaints tool – all you need to do is tell us the type of call or text you’ve had and we’ll send you to the right place to complain.

4.   Which? campaigns to call time on nuisance calls and texts

However, there are many people who don’t think that complaining will do any good. Well, we’re working on that too. Since we launched our Calling Time campaign, the ICO has fined a number of companies, such as those featured in BBC Three’s The Call Centre. The ICO has also announced a joint action plan with Ofcom, answering our calls for the regulators to work closer together against nuisance calls and texts.

So there you have it – we’re starting to turn the battle against nuisance callers in your favour. Will we win the war? That depends on you making your voice heard – give us your support and report intrusive calls and texts, and Which? will help fight your corner.

Posted by Which? in Debt news

Our 14 favourite tweets from our 25th birthday celebrations

On the 25th of January, we celebrated our 25th anniversary. We were...

One thing we come across time and time again is people with...

10 things your Nan can teach you about budgeting

As much as I loved my Nan when I was growing up...