Claiming PPI could be a scandal for those in debt

Since we published this we’ve also written an article on Reclaiming PPI for free. If you’re on an DMP or IVA and want to reclaim PPI it’s worth reading the article below and the one linked above. 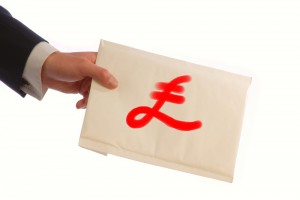 The Financial Services Authority (FSA) watchdog recently announced that it had instructed the banks to write to a further 12 million people reminding them that they may be able to claim back PPI payments. But if you’re in a debt solution, watch out. Reclaiming PPI could be a double-edged sword that’ll leave you with more debt pain.

You may have seen and heard that payment protection insurance (PPI) is being repaid to millions of people after policies were mis-sold. The sums aren’t small; the banks have put £9 billion aside to pay back these claims.

And the likes of MoneySavingExpert.com are reporting that people are reclaiming their money. The FSA’s announcement will spur millions more people to get back money that’s rightfully theirs.

Data from the Financial Services Compensation Scheme (FSCS) shows that more than three-quarters of all PPI reclaims are handled by claims management companies. These companies boast that they are far more likely to succeed rather than a member of the public making their own claim.

However, according to the FSCS, the difference in success between a personal claim and a claims management company doing the work is only 4%.

Of course, some people might be making invalid personal claims. For instance they could have waited too long to claim. But when there’s so much information online – through respected consumer organisations such as MoneySavingExpert.com and Which? – why pay a company to do it for you?

It’s here that the second PPI scandal lies, one that specifically hurts those in a debt solution…

…making a PPI claim can add a creditor to your debts

Sometimes a PPI refund will only be credited to the balance, rather than a lump sum payment being made. For example, the creditor reduces their claim in the IVA to £2,000 rather than £5,000 after £3,000 claim.

So the claim may have reduced your credit card balance, making the value of the debts in your IVA reduce. However, your monthly budget now needs to cover an extra repayment schedule for the cost of reclaiming the PPI itself. You are responsible for this outstanding amount.

In essence, by successfully using a claims management company you could have created a new debt for yourself. And you’ll have added an additional expense to your budget.

If your claim is successful and a lump sum payment is paid to us we can arrange to pay the claims management fees out of the money recovered.  However, if the lump sum doesn’t cover the fees you will be responsible for paying this debt yourself.  We can’t use any of the other money that you have paid into the IVA to repay this debt.

Your loans, credit cards and overdrafts are covered by the Consumer Credit Act. These creditors must follow the standard collections procedure. However the new outstanding invoice, for a ‘service’ that you didn’t need (because you could have personally claimed), is seen as an unregulated debt.

This means the claims management company have far more choice in terms of enforcing the debt, They can even escalate it to the High Court. This can involve additional fees and the use of bailiffs (not your common-or-garden debt collectors).

So why do so many people use these claims management companies?

Perhaps it’s the illusion that these companies can do a better job than you, although statistically this isn’t the case. In our experience, the information regarding fees isn’t necessarily clear and up front. It’s not always clear where the money is paid to.

You may have set your heart on banking a reasonable sized cheque. In your mind you might have already started spending the money! Sadly this isn’t likely to happen if you’re still in debt to same financial institution.

There’s also the added pressure that another unregulated debt could bring, one that’s easy to avoid if you spend some time and do it yourself.

Read our Reclaim mis-sold PPI for free article to help you stay in control of your PPI claim, and your debts. It doesn’t take long to read and is well worth it.

Posted by Pavan in Living with debt

What happens if you fall into rent arrears?

There are so many reasons people fall behind on rent payments, and...

How to survive the January money pinch

January is always a hard month: we’ve just had the Christmas expenditure...

How to do Valentine’s Day on the cheap

Saving cash on Valentine’s Day doesn’t mean you have to go running to...