UPDATE 5 April 2016: This article was originally published in December 2011. The bankruptcy application process for people living in England, Wales and Northern Ireland changed in 2016.

This week we’re investigating bankruptcy, to tie in with our new guide to personal bankruptcy. Today we’re looking at the myths that have grown around bankruptcy. 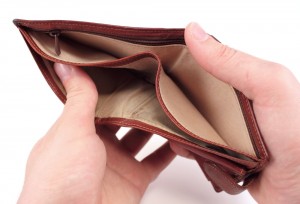 Bankruptcy is often a word that scares people. There are many myths surrounding it and a lot of these are widely believed by people looking for debt solutions.

When we recommend bankruptcy as the ideal solution our debt advisors are often met with the same set of questions; these questions are usually coloured with bankruptcy myths that people wrongly believed to be facts.

Myth 1: My name will go in the paper/my neighbours will find out

Are bankruptcies made public?

Bankruptcies used to have a section in your local newspaper. This wasn’t done to shame debtors but was to inform creditors that may not have otherwise been aware. Bankruptcy is rarely advertised in the local paper now unless it’s an exceptional case and/or the official receiver believes that other creditors in the community may want to claim (usually self-employed local business cases).

Your bankruptcy will be mentioned in the London Gazette, but this is a trade paper for creditors.

Bankruptcy is a matter of public record and it’s available for the general public to see on the Government Insolvency Service website. Interested parties would need to search for you by name. This also applies to other forms of insolvency such as IVAs and DROs.

Myth 2: I will lose my house

If I go bankrupt what happens to my house?

Not all bankruptcies result in people losing homes. If you have negative equity you may be allowed to stay in the property.

For the best advice contact us and speak to one of our bankruptcy specialists who can give free, tailored advice.

Myth 3: If I go bankrupt I won’t have to pay anything!

If I go bankrupt what happens to my wages?

If you have any surplus income left over each month, you’ll be expected to pay it into your bankruptcy. This is called an ‘income payment arrangement’ and will last for three years. This happens to around 1 in 5 people* who go bankrupt.

The more surplus you have, the more you’ll have to pay. But the official receiver will take into account all your living expenses so you’ll only be asked to pay an amount you can afford.

* Insolvency Service stats based on bankruptcies in the last 3 years

Most bankrupts are discharged after a period of 12 months (although many have to continue to pay surplus income into the bankruptcy for a further two years).

Bankruptcy is listed on your credit file for six years and may restrict any credit products available to you during this period. Most modern mortgage application forms ask specifically if you have ever been bankrupt.

If you’ve broken the terms and conditions of a credit agreement your creditors can petition for your bankruptcy. They can only do this however if you owe them more than £750, and this is increasing to £5,000 from October 2015.

However, bankruptcy from creditors is not common. They have to pay fees of over £1,000 so they’re only likely to try this as a last resort.

Myth 6: Bankruptcy is heard in court with a judge – I’d be terrified!

Bankruptcy is done in the nearest county court to you that deals with insolvency, however it’s not done in a court room with a bevy of observers.

You may need to see a judge, but this is done in the judge’s chambers (his/her office) and all they want to be sure of is that you’re aware of your actions in going bankrupt and that you have been properly advised.

The next time you hear anything is from the official receiver (OR) who deals with your bankruptcy. The OR will usually conduct his/her work by phone.

Myth 7: You need an accountant to go bankrupt

If you’re self-employed an accountant may be able to offer some advice but most advice can be taken free of charge from us.

Some companies charge a fee for an ‘assisted bankruptcy’ service. This usually involves the firm charging for advice on how to fill in court forms. We offer this service free of charge.

Myth 8: I’ll get kicked out of my rented property

Most rental agreements have a section about insolvency and most of these agreements suggest that if you become insolvent that you must leave the property.

This wording is usually used to protect the landlord in case of non-payment of rent. As rent is a priority outgoing this will need to be paid and accounted for in the budget you put together with the official receiver. As long the rent is paid most landlords will not ask a bankrupt tenant to vacate a property.

And a bonus myth: I’ll never get another bank account

When you petition for your bankruptcy your bank accounts will be frozen. Some banks will not allow an un-discharged bankrupt to continue to bank with them. However, there are still banks that allow bankrupts to open basic banking facilities and operate them while un-discharged. We can advise on which banks to approach.

We hope we’ve managed to dispel some of the myths associated with bankruptcy but no matter what, it’s important that you seek free and independent advice before you decide this is the best solution for you.

If you’re worried about how bankruptcy could affect you, or whether it’s right for you, use Debt Remedy to see how we can help.

The energy grape vine is buzzing at the moment with talk a...

How does Monzo work and is it any good?

With so many banking and money-saving apps to choose from, we review...

If you're on a debt management plan with CCCS what does our...