England Illegal Money Lending Team, part of Birmingham Trading Standards aim, through their Stop Loan Sharks project, to find and prosecute loan sharks. This is a typical story from a victim of a loan shark. 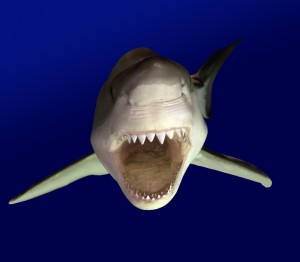 Watch out for loan sharks

Anne was worrying about affording Christmas presents for her two young children. Spotting an advert in her local paper for unsecured loans and believing it was a legitimate company who could help tide her over, she decided to call the number.

A man answered, and told her he would be able to lend her £150, but it would need to be secured on something. He came to her home and took her passport, explaining that this would be returned once she had repaid in full.

He explained that she would need to repay £15 each week plus an extra £10 a week in interest. She knew this was steep but she was desperate and believed she would be able to pay back within a few months with her wages from working in a shop.

Christmas passed, and in January Anne fell ill and was unable to work. As a result of this she defaulted on a couple of payments. She was resting at home with her six year old daughter when the loan shark barged in with two other men, demanding to know why she hadn’t paid. They pulled electrical items out of her living room, claiming the loan was secured against these.

“There was nowhere to go. I wasn’t even safe in my own house. I was screaming, crying, pleading with him not take my stuff. To think that my little girl had to see that…”

A few days later she received a note from the loan shark through her door, to tell her that an extra £100 had been added to the debt for the ‘bailiff’ visit. From that point onwards, she paid the loan shark religiously, retaining the post office slips as proof of payment.

However the loan shark still appeared at her door alleging that she’d missed payments. He would turn up late at night and on one occasion Anne had to hide as he tried to climb in through her kitchen window. For every visit he would add an extra charge of £80 to £100.

The England Illegal Money Lending Team caught the loan shark, and discovered Anne was not alone in her experience. The loan shark had around 900 ‘customers’ who he was harassing for payments he believed to be due. He was given a lengthy custodial sentence and stripped of £270,000, money he had made illegally.

“It was such a weight of my shoulders. It had got to the point where my nerves were shot and I was too frightened to answer the door. I’d realised he was never ever going to go away. If he hadn’t been arrested I’d probably still be paying him now”

If you’ve endured similar experiences to Anne then contact Stop Loan Sharks now. Read more about them here, and to report a loan shark:

Posted by Stop Loan Sharks in Living with debt

How to cope with unexpected costs on a DMP

While you’re on a debt management plan you’ll know that your budget...

How to tell a genuine freebie site from the fakes!

Want free stuff but don’t know which websites you can trust? MoneyMagpie...

6 changes I made to save money on my supermarket shopping

During a recent cash flow crisis, I decided to stop making unnecessary...