11 ways to save money on your mobile

Making savings on your existing phone contract can help you save money and stop nasty bill shocks. Thankfully these days there are so many options available, but where do you start?

Whether you’re coming to the end of your contract, locked into a deal or looking to switch providers, we’ve got 11 top tips to save money on your mobile bill.

One common mistake you can make when taking out a phone contract is not knowing your usage needs. Not having enough data, minutes and texts can be just as costly as paying for more than you need. It’s also a sign that you’re probably on the wrong contract.

Billmonitor is an online tool that matches you to the right mobile contract using data from your mobile phone bills. The tool is approved by Ofcom and analyses your online bills from most major networks. Using this information can help you find the cheapest tariffs for your needs. 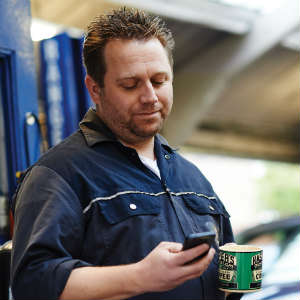 Why I have to call an 0845 number to book an appointment at the doctors still baffles me. Sitting in a queue, anxiously not knowing how much the call might cost is not ideal.

WeQ4U (available for Android, iOS) is a solution to this problem (although getting rid of 0845 numbers would be better!). The app converts most 0845 and premium rate numbers to geographic (01/02) numbers which are included in your minutes package. If you don’t have a smartphone, you can also call 0333 543 2111 for a call-based version that works in a similar way.

Another helpful feature of the app is that you can avoid queuing, as the app literally queues for you (magic if you ask me). This saves you time, minutes and most importantly money.

Another long-established site with alternative numbers is SAYNOTO0870.com. This doesn’t do the dialing for you, but does have a huge database of alternative, cheaper numbers to ring for everything from your electric provider to your dentist.

3. Don’t go over your allowances

Having an easy way to check your usage can prevent unexpected jumps in your bill, or running over your allowances. Most mobile networks have apps for checking usage, and hidden away in the settings of Android and iOS devices are options to view your usage and set data limits or warnings. There’s a handy guide at Android Authority for Android phones, and this guide  on iPhones can help you save data, and more importantly money.

Use wifi whenever you can to reduce how much precious mobile data you use and be careful of data hungry apps like YouTube and auto-playing videos on apps like Facebook. If you’re low on minutes you can also use WiFi calling using apps like WhatsApp, Facebook Messenger or Skype. They let you call over the internet which can work out much cheaper, particularly if you’re on wifi.

4. Switch to a SIM-only contract 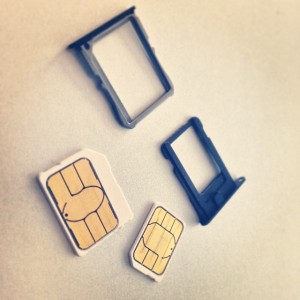 SIM-only contracts are designed to let you use what you pay for, and get a fixed amount of calls, minutes and data. You’ll already need to have an out of contract mobile or buy a new one up front, but by switching to SIM-only you’re not paying over the odds for an expensive package with a bell-and-whistles phone alongside all of your allowances.

I’ve found SIM-only plans to be an ideal option when your contract has ended and you simply want to keep using your current phone. Most SIM-only deals only run on a one month contract basis which means no catches, no ties to one network and the freedom to change at a month’s notice if you find a better deal.

Shop around to find the best SIM only deals, most networks offer them and comparison sites like USwitch can help you get the cheapest deals.

If you’re not tied into a mobile phone contract, pay-as-you go is one of the simplest ways to pay for what you use with no unexpected bills.

To some people it seems a bit old fashioned to have a PAYG contract, as mobile contracts for smartphones have become commonplace. But some providers offer seriously good plans and discounts, and the flexibility of choosing how much you spend and avoiding big bills can help you budget better.

Our James did exactly this last year, switching from his £26 a month contract to pay-as-you-go. He admits he’s a ‘light user’ (which I presume means he has very few friends to call) but he now pays an average of just £5 a month. He uses wifi when it’s available and is still using the phone he paid for in his previous contract.

It’s important to check your usage though, as PAYG can be more expensive if you use it a lot. It’s all about which is the best deal for you.

They say nothing in life is free, which is why I was a bit skeptical about ‘free’ mobile networks. One such network is FreedomPOP which claims to offer a free basic level of service, with limited minutes, texts and data.

So what’s the catch? Well, once you’ve used your free minutes and data you’ll need to top up your account to keep going. If you’re a frequent user this would be similar to a SIM-only deal. You also need to add some credit at least once every three months to keep getting your free service.

This could work out cheaper in the long term, depending on your usage, but make sure you’re getting a good deal if you decide to use the extra packages that you have to pay for. 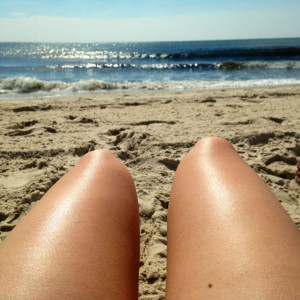 It seems like every other week there’s a story about some unfortunate person who’s run up a £1000 bill sending Snapchats from Tenerife.

The story’s usually accompanied by a sombre looking person holding up their bill asking their network provider to refund them.

If you’re going abroad, turn your mobile data roaming off. It’s usually a setting on your phone, but if you’re not sure then ask your network provider what to do.

I choose the even safer option of disabling data entirely if I’m abroad and using WiFi wherever I can.

8. Put a cap on your contract

If you’re the sort of person where a quick catch-up turns into a two hour gossip, you’ll often wonder why your mobile bill is always more than what you signed up for.

Most mobile networks will let you place a cap on your contract which restricts you from going over your allowances and keeps your mobile bill consistent. You might have to shorten your calls and find alternatives if you’ve hit your limit, but your bills should be more consistent which helps keep your budget on track.

9. Haggle with your provider

If your contract is about to end, it’s likely that your mobile provider will want to keep you. Haggling a better deal is straightforward, and usually means calling up the team that deal with people ending their contracts – sometimes called the “retentions team”.

These people are paid to keep you as a customer so they have the power to offer you discounts and deals, or try and beat a deal you’ve found elsewhere. Don’t be a afraid to haggle a good deal with them and be brave!

Be sure to do your homework before you haggle with your existing provider, sometimes although a deal is tempting, you don’t want find out later down the line that it was cheaper elsewhere.

It’s sometimes easy just to stick with the same mobile network, after all, you have the same number, they’ve got your details and you’ve been loyal to them for a long time. But does the loyalty come at a cost? Are there cheaper deals with another network?

MoneySupermarket.com have a detailed guide on how to switch mobile networks and what to look for. Gone are the days of hassling your network to keep your existing number, there’s now lots of straightforward ways to switch networks and save yourself some cash.

If you’re sticking with your current network because you get a good signal, you might be surprised to know that lots of networks actually use the ‘bigger’ networks for their signals.

For example, GiffGaff uses O2’s network, Virgin uses EE and many of the smaller and cheaper networks offer you the same service, but at a cheaper cost. You can get a full list of these “virtual” networks over at Uswitch.

You might not realise it but you could still be paying for your phone, even if your contract has finished. A recent survey found that many people were still paying for their handsets, despite their contract having already ended.

This happens because most mobile contracts cover the cost of the phone and the services, but when this ends your provider could carry on billing you the same amount each month, rather than reducing the cost to just your services.

If your contract has ended, always make sure you’re getting the best deal from your provider and avoid paying more than you should.

Posted by Rory in Saving money

Will interest rate rises leave you struggling with your mortgage?

There’s been talk for the last few years about interest rates going...

How to declutter your finances

When we think of clutter, it’s usually old and unused objects lying...

If you’re a StepChange Debt Charity client and find yourself in receipt...