This week we’re investigating bankruptcy, to tie in with our new guide to personal bankruptcy. Today, in our final post, we’re taking a look at those celebrities who have fallen to Earth with a financial bump. 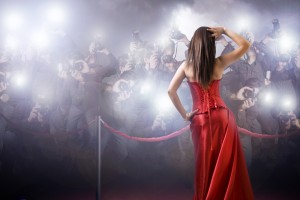 Some people would love to be famous. Who wouldn’t when life would consist of hot- and cold-running champagne, parties, paparazzi and access to an unending stream of cash?

Unfortunately this isn’t always the case. While the paparazzi might not stop, the endless flow of cash sometimes does.

As it’s bankruptcy week we’ve been scanning old copies of celebrity magazines for our list of celebrity bankrupts. They might not have to survive the jungle but these 10 celebrities have all done trials for the official receiver.

We’re not being flippant about these as there’s a serious underlying message. Bankruptcy can happen to anyone, regardless of wealth, status or celebrity.

A cult figure on TV’s Fantasy Football League with Frank Skinner and David Baddiel, Angus (aka ‘Statto’) was a figure of fun who had an unlimited knowledge of sporting stats. Sadly Statto’s genius with figures didn’t extend to his finances and he was made bankrupt in 2008.

As a former First Secretary to the Treasury Jonathan should have had a good idea of how to handle budgets. Unfortunately a libel case against the Guardian collapsed and left him with millions in costs. He went bankrupt in 2009.

As part of TV’s ‘Two Fat Ladies’ Clarrissa was a popular figure in the kitchen. Unfortunately she’s had trouble finding the recipe for financial stability and to date has been declared bankrupt three times.

After a long raging feud in the courts, Harrods boss Mohammed Al-Fayed petitioned for the former MP’s bankruptcy in 2001.

A title-winning footballer for Blackburn Rovers, Hendry suffered personal tragedy with the death of his wife in 2009. He turned to drink and gambling and was made bankrupt in 2010.

He might have been known as a winner in the Jungle or a regular at the Queen Vic but in 2009 this thespian found himself playing the role of a bankrupt (after unpaid tax).

Not such a ‘Happy Monday’ for Madchester’s freaky dancer. The maraca-wielding 2004 Big Brother winner whose real name is Mark Berry has been bankrupt twice.

The disgraced former chat show host and Big Brother contestant was hit with a surprise tax bill for £1.4 million in 2004. He went bankrupt soon after.

With ‘reality TV’ and unexpected tax bills a running theme this 2004 Queen of the Jungle was also made bankrupt, with an unpaid £82,000 tax bill. Kerry managed to stomach the food in the jungle but when she got out she was sent to Iceland to help pay the bills.

As you can see money troubles and bankruptcy can affect anyone despite their celebrity status. If you’re worried about your finances and think bankruptcy might be an option you can get advice and support from us. The first thing to do is try our online debt help service Debt Remedy. You don’t have to be famous to get the best free advice.

A few weeks ago we told our clients that if they want...

Don’t be a direct debit juggler!

One of the first signs that your budget isn’t working is that...

5 nasty online scams to watch out for!

It’s an awful fact of life that there people out there who...