It can be painful, but avoid the payday loan headache 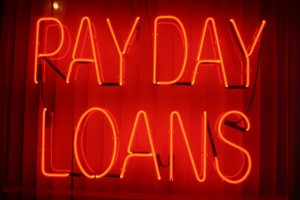 Avoid the temptation of payday loans

Comparison website moneysupermarket revealed last week that the number of people that have applied for payday loans over the past few months (and especially after the recent bank holidays) has shot up.

Under the headline Brits turn to payday loans to cover costs they reveal that they’ve “seen demand for payday loans jump 400% between January and March this year. And it has soared further over the last few weeks as the double whammy bank holidays has taken its toll.”

As they say, “Payday loans can be a way to get you out of financial hot water in the short term. However, it is an expensive way to borrow and a payday loan should only be used to plug a short term funding gap.”

Payday loan companies have thrived with the rise of the web. Their guarantees of “instant decisions” and “15 minute payments” make you think that your cashflow headache can be over in quarter of an hour. It’s the financial equivalent of fast-acting aspirin.

But we all know the pain doesn’t stop, it’s just temporarily halted. There are still underlying problems to address that’ll come back with a vengeance in the near future.

How can the smart Brit get around the temptation of payday loans, to ensure the bank holidays don’t come back to bite? By proactively avoiding debt in the first place, and if that’s not possible, steering clear of payday loans and finding other forms of finance instead.

1. When there’s a pinch point coming up set a budget

We all know that where there’s a bank holiday there’s an opportunity to spend much more than we’d otherwise would. There’s the DIY, trips to the pub, visits to relatives and meals out. And when there are four bank holidays in quick succession, the money quickly runs out.

Plan early, set a budget to cope with the large fluctuations in spending, and stick to it. It may mean not visiting the pub once or twice, and practice restraint, but think of the relief of having a few pounds extra in the wallet/purse towards the end of the month.

OK, you’ve not budgeted and the bills are falling on the welcome mat. You need some extra cash.

A payday loan might tide you through this the rest of the month but then you’ve got less of your next pay cheque to spend. There’s also a temptation to extend the repayment date another few weeks or take out another loan to cover the next month. Worse still you could borrow to cover the loan you’ve already taken. Do this and quickly you’ll be in a debt spiral.

Resist the temptation for payday loans; the interest and charges can quickly add up. Can a friend or relative lend you the money ‘at cost’? Can you sell something on eBay? Can you cut your spending? Look at alternate forms of raising the cash either through maximising your income or reducing your expenditure.

3. Are there better ways to finance?

Payday loans should be a last resort; are there better ways to borrow some money? Ask your bank, use price comparison websites and investigate other ways to pay the bills.

Remember this: payday loans, while attractive,  can sting you with a high rate of interest relative to the loan amount, and the ‘setup fees’. Loan £100 for 30 days from one well-known payday loan company and you’ll need to pay back £124 if you pay back on time. What if the loan amount was £200? £300? More? Use our payday loan calculator to see how much a payday loan could cost you. (These calculations are correct as of January 2015)

The best way to avoid the financial headache is to budget, but we can fail at doing this. So if it’s too late to proactively save money, try and adopt a secondary aim instead.

Focus on getting through the rest of the month without borrowing more money, especially from payday lenders. You’ll get to the end of the month a bit battered and bruised but the pay cheque is all yours, rather than a loan company taking their cut of your hard-earned cash. And if you really have to borrow, try a bank first or, better, a credit union.

And if you can’t cope any more and the pain’s too much, use our award-winning debt advice service. We can help relieve the pressure, something payday loans can’t do.

Posted by Peer in Living with debt

Recently we've been looking at how separation and divorce can quickly lead...

How to do Valentine’s Day on the cheap

Saving cash on Valentine’s Day doesn’t mean you have to go running to...

HP or a credit agreement – that is the question!

Have you brought a sofa from DHS, a TV from Curry’s, maybe...